Kuwait to deport expats who protested over anti-Prophet remarks 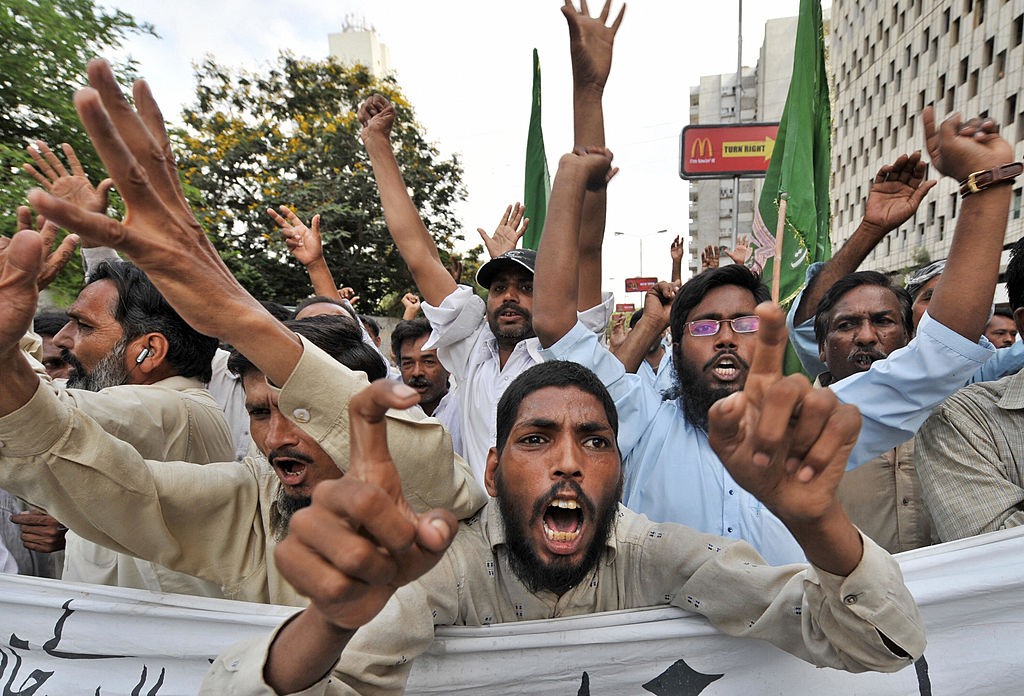 THE Kuwaiti government has decided to arrest and deport an unspecified number of expats who participated in a protest against the controversial remarks by two former Bharatiya Janata Party (BJP) functionaries against Prophet Mohammad, as the Gulf nation’s laws do not allow such demonstrations, according to a media report.

Instructions have been issued to arrest expats from the Fahaheel area who organised a demonstration after Friday prayers in support of Prophet Muhammad, Arab News, an English-language daily newspaper published in Saudi Arabia, quoted sources as saying.

Kuwait said that the protestors will be deported to their respective countries as they violated the laws and regulations of the country which stipulates that sit-ins or demonstrations by expats are not to be organised in the Gulf nation, it said.

“The detectives are in the process of arresting them and referring to the deportation center to be deported to their countries and will be banned from entering Kuwait again,” reported Al Rai, a Kuwaiti newspaper.

The report did not mention the nationalities of those expatriates who took part in the demonstration.

The Kuwait government was one of the few countries who had summoned the Indian envoy over the remarks of the former BJP functionaries.

The Kuwait foreign ministry said that the Indian Ambassador to Kuwait Sibi George was summoned and handed over an official protest note by the assistant secretary of state for Asia affairs expressing Kuwait’s “categorical rejection and condemnation” of the statements issued by an official of the ruling party against the Prophet.

The ministry welcomed the statement issued by the ruling party in India, in which it announced the suspension of the leader. The BJP suspended its national spokesperson Nupur Sharma and expelled its Delhi media head Naveen Kumar Jindal after their controversial remarks against the Prophet, as it sought to defuse a row over the issue.

Amid protests by Muslim groups over the remarks, the party also issued a statement aimed at assuaging the concerns of minorities and distancing itself from these members, asserting that it respects all religions and strongly denounces the insult of any religious personality.

In New Delhi, India’s ministry of external affairs said the government has made it clear that the remarks do not reflect the views of the government.

“We have made it pretty clear that tweets and comments do not reflect views of the government,” MEA Spokesperson Arindam Bagchi had said at a recent media briefing.

“This has been conveyed to our interlocutors as also the fact that action has been taken by the concerned quarters against those who made the comments and tweets. I do not think I have anything additional to say on this,” he had said.