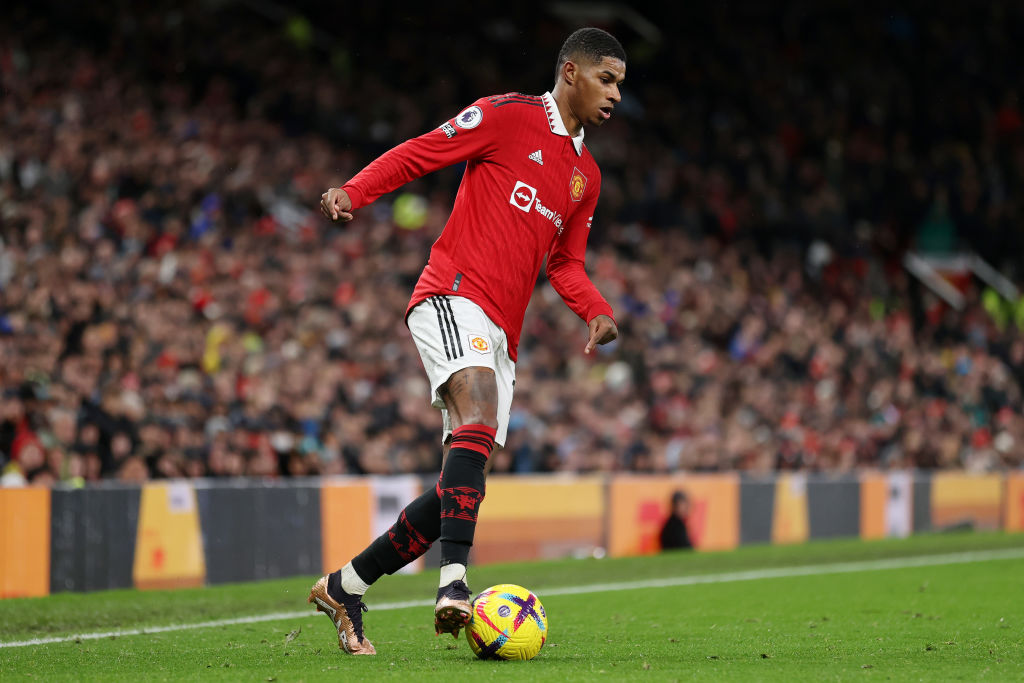 Marcus Rashford scored for a fourth consecutive game as Manchester United eased to a 3-0 win over Bournemouth on Tuesday (3) to strengthen their grip on a Premier League top-four place.

United, who lost their first two Premier League games of the season, have now garnered 35 points from their 17 games — level with third-placed Newcastle and five points ahead of Tottenham, in fifth.

“I’m happy with the result,” said Ten Hag, who is in his first season at the club. “Today it was not our best game. We have to be honest, we didn’t play that smart as a team.

“We made great goals, but at times we were quite lucky, and some great saves from David (de Gea). We could have been smarter as a team.”

Rashford came back into United’s starting XI for the visit to Old Trafford of struggling Bournemouth, who are just two points above the relegation zone.

The England forward was dropped at Wolves on Saturday after oversleeping and missing a meeting but came off the bench to bag the winner, and returned on Tuesday as one of four changes alongside Harry Maguire, Victor Lindelof and Donny van de Beek.

Lisandro Martinez, available again after Argentina’s World Cup victory, was limited to an 88th-minute introduction after parading his winners’ medal before kick-off.

The breakthrough came from a set-piece after Rashford drew a foul from Adam Smith on the left, with Christian Eriksen floating in a ball from deep which Casemiro, breaking free from Dominic Solanke, met at the near post to guide home on the volley.

Van de Beek was given a rare start by Ten Hag but did not finish the first half, sent hobbling from the pitch by a poor challenge from Marcos Senesi.

Alejandro Garnacho was sent on to replace him, and had an assist just four minutes into the second half as United took advantage of the acres of space left by the Bournemouth defence to double their lead.

But the credit belonged mostly to Shaw, who carried the ball from his own half, shifted it rightwards, and then arrived to apply the finish as Garnacho rolled the ball back into the box.

Bournemouth threatened around the hour mark but De Gea kept them at bay.

United are still coming to terms with the departure of superstar forward Cristiano Ronaldo, who was unveiled at his new Saudi club, Al Nassr, on Tuesday.

Rashford has become the main man up front this season, with Ronaldo playing a bit-part role even before his departure in November.

He scored the third in the 86th minute — his fourth in four matches in all competitions — when Bruno Fernandes’ lay-off put it on a plate for him to side-foot into an empty net.