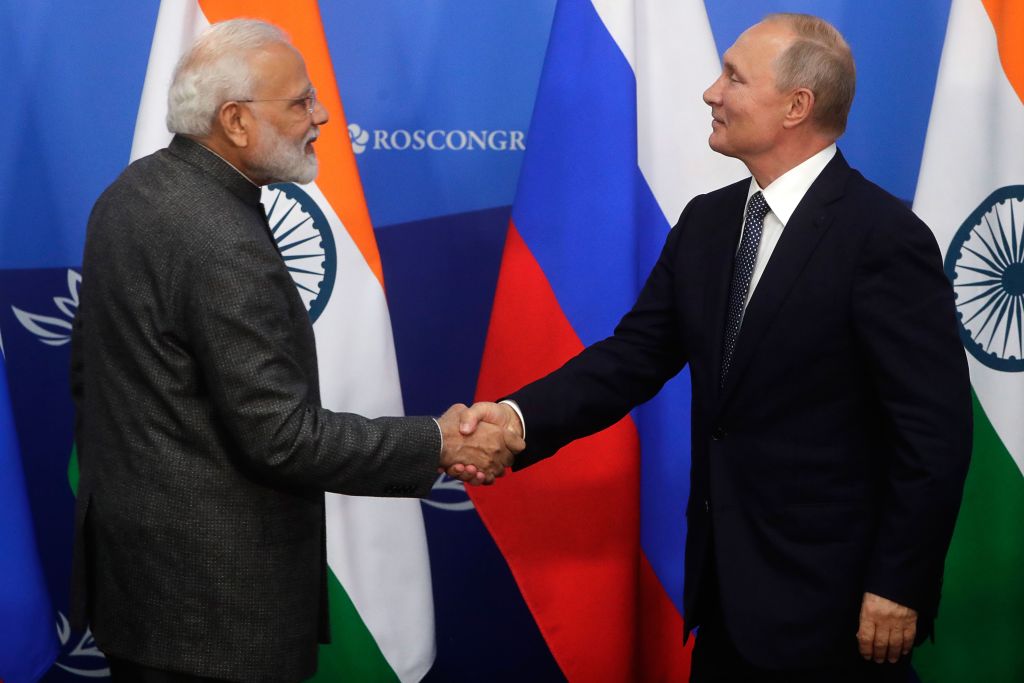 RUSSIAN ambassador to India Nikolai Kudashev has said that the upcoming visit of Russian president Vladimir Putin to India would result in pragmatic economic outcomes and give impetus to the bilateral relationship between New Delhi and Moscow, two time-tested allies.

Speaking to Asian News International on Saturday (4), Kudashev underlined that the 21st Annual India-Russia Summit which is scheduled in New Delhi on Monday (6) will be of major political significance as the ties between the two countries are not ordinary.

“This (India-Russia) is a relationship of a specially privileged and strategic partnership that envisages a unique level of confidence and mutual understanding and the summit would give practical, pragmatic and economic outcomes,” the envoy said.

S400 from Russia: US yet to decide on India waiver

“Thus sometimes the leaders would touch upon on very sensitive issues exclusively meant for such kind of relationship. Afghanistan is our common concern,” he added.

“I think the leaders (President Putin-PM Modi) would revive their commitment to peaceful Afghanistan,” Kudashev said stressing that the development in Afghanistan is of high priority after the Taliban takeover in August.

“The 21st Annual India-Russia Summit will not be an ordinary summit, it will be a historic summit. The summit will give the new impetus to the bilateral ties,” the ambassador said.

Putin will meet Indian prime minister Narendra Modi during his upcoming visit which will mark the two leaders’ first meeting since they met on the sidelines of the BRICS summit in November 2019 in Brazil.

Earlier, the Indian ministry of external affairs said that Monday’s engagements will begin with a meeting between Indian defence minister Rajnath Singh and Russian foreign minister Sergei Lavrov and defence minister Sergey Shoigu, the co-chairs of the intergovernmental commission on military-technical cooperation.

The leaders will review the current state and prospects of bilateral relations and discuss ways to further strengthen the strategic partnership between India and Russia.

Modi and Putin will have an opportunity to exchange views on regional, multilateral and international issues of mutual interest, ministry spokesperson Arindam Bagchi said.