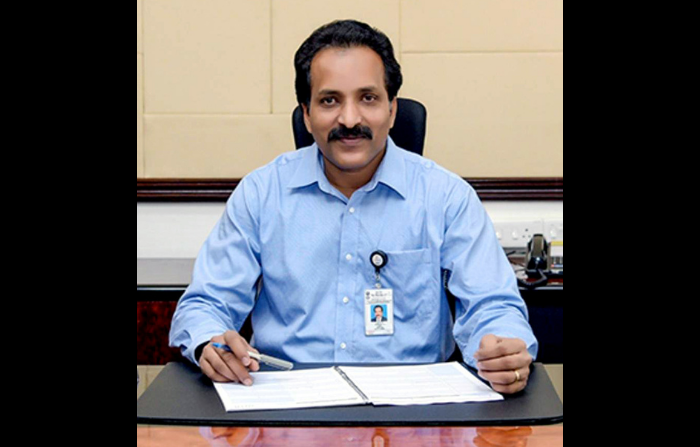 EMINENT rocket scientist S Somanath was on Wednesday (12) appointed as the 10th chairman of the Indian Space Research Organisation (Isro).

He is set to take charge as the secretary of the department of space and the chairman of the Space Commission, upon the superannuation of K Sivan later this week. Sivan has been on a year’s extension since January 2021.

Somanath has been appointed for a period of three years.

The man, who is a veteran scientist in system engineering of space-launch vehicles, has a career growth path similar to Sivan. Like the latter, Somanath also earned his master’s degree in Aerospace Engineering from the Indian Institute of Science, Bengaluru. He has also served as the director of Vikram Sarabhai Space Centre (VSSC) and the Liquid Propulsion Systems Centre (LPSC) in Thiruvananthapuram, the capital of the southern Indian state of Kerala.

Somanath and Sivan had also worked as project directors of the Geosynchronous Space Launch Vehicle (GSLV).

Born in Aroor in Kerala’s Alappuzha district, Somanath is an alumnus of Maharaja’s College, Ernakulam and TKM College of Engineering in Kollam, also in Kerala.

During his early years, Somanath worked on projects that dealt with the integration of the Polar Space Launch Vehicle (PSLV) and served as the PSLV’s project manager between 1995 and 2002.

The following year, he took over as the deputy project director of the GSLV mark III project and was broadly responsible for the mission’s design.

In July 2015, Somanath was promoted as the director of the LPSC and had been part of many successful GSLV Mark III missions and played a key role in three GSLV missions that involved indigenous cryogenic stages.

He was in charge of the team that developed a throttleable engine for the Vikram lander that was used in the Chandrayaan 2 mission launched in 2019. This was Isro’s maiden moon mission with an orbiter, the Vikram lander and the Pragyan rover.

Somanath is a corresponding member of the International Academy of Astronauts and a fellow of the Astronomical Society of India.