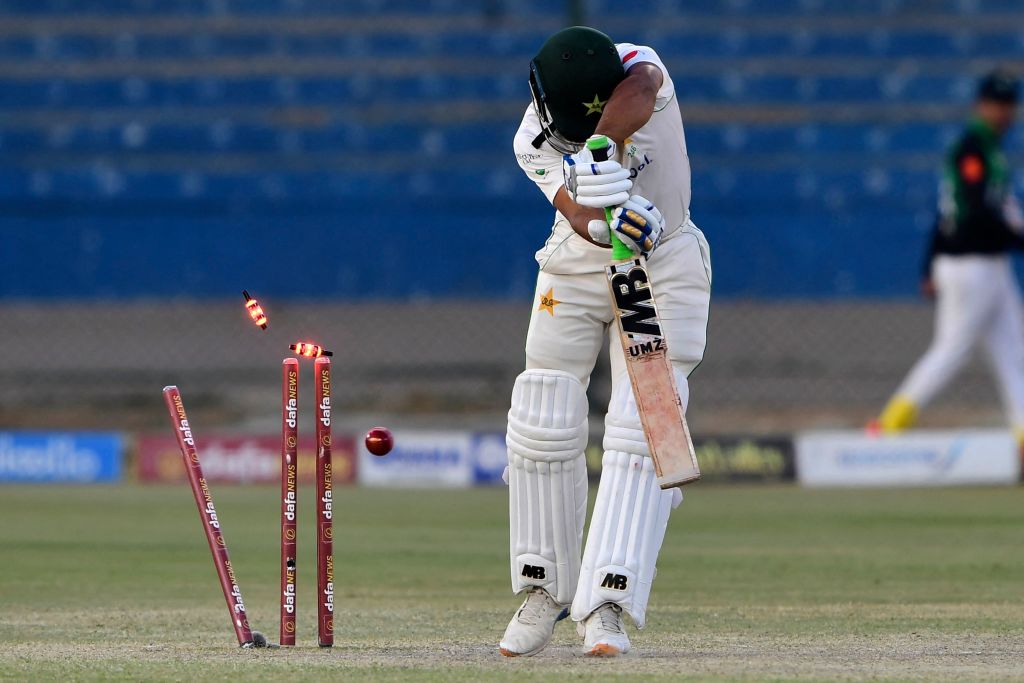 Pakistan’s Abdullah Shafique is clean bowled by New Zealand’s captain Tim Southee (not pictured) during the fourth day of the second cricket Test match between Pakistan and New Zealand at the National Stadium in Karachi on January 5, 2023. (Photo by ASIF HASSAN/AFP via Getty Images)

Pakistan were off to their worst possible start in the fourth day evening of the second and final Test match against New Zealand at the National Stadium in Karachi on Thursday (5) as they lost two wickets for no runs while chasing 319 runs to win the match and series.

Earlier, the visitors set the target for the home team after declaring their second innings at 277 for 5.

Tom Blundell (74), Michael Bracewell (74 not out) and Tom Latham (62) were among the runs for the tourists after Pakistan were bowled out in the morning for 408, giving the Kiwis a crucial lead of 41 runs.

The two-match series is tied 0-0 at the moment after the first Test — also held in Karachi — ended in a draw despite Pakistan captain Babar Azam making a dramatic declaration on the final day to leave a target of 138 for New Zealand in 15 overs. They were 61 for 1 in 7.3 overs when bad light stopped play.