Tata to merge Air India and Vistara: How will it be done & what it means for India’s aviation industry 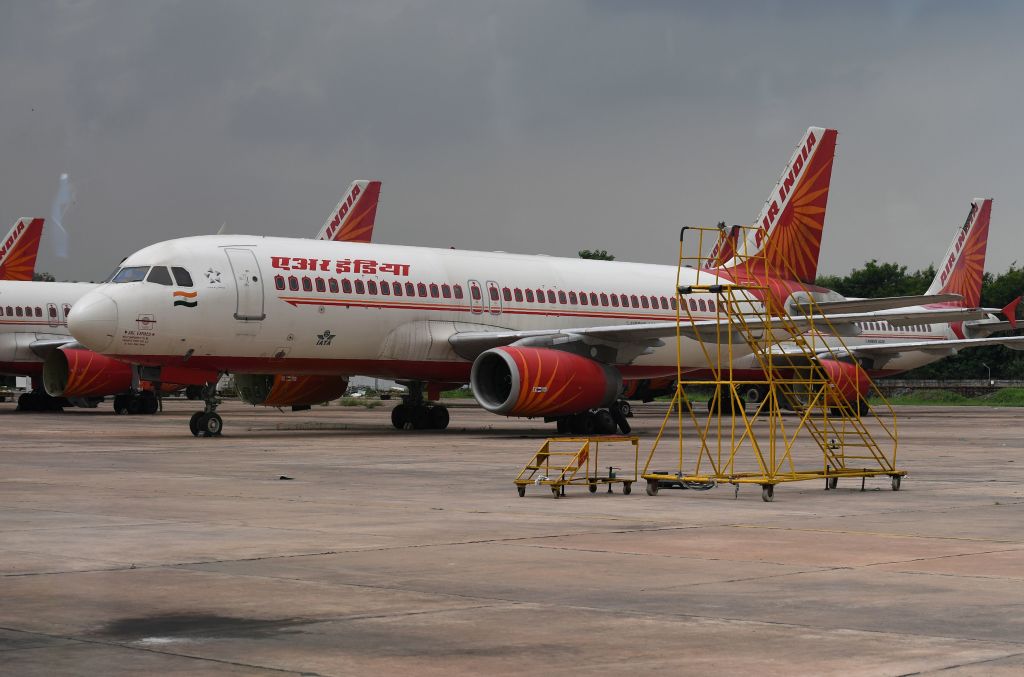 The Tata Group on Tuesday (29) announced the step to consolidate its airlines Vistara and Air India which will see Air India, which was bought by the Tatas last year and handed over to the conglomerate in January this year, India’s largest international and second-largest domestic carrier.

Singapore Airlines (SIA), which owns a minority share in Vistara in its joint venture with Tata, will own around 25.1 per cent of the post-consolidation Air India. SIA will invest $250 million (£208 million) into Air India as part of the transaction, it said in a statement, Reuters reported.

The merger is expected to take place by March 2024, subject to regulatory clearings.

“Air India, an airline fully owned by Tata Sons, has been the flag carrier of India. Tata Sons, via its fully owned subsidiary, Talace Private Limited (“Talace)”, had acquired 100% stake in Air India on 27th January 2022.

“Vistara, a 51:49 Joint Venture between Tata Sons and Singapore Airlines Limited (“SIA”) was established in 2013 and is India’s leading full-service carrier with international operations in Middle East, Asia and Europe.

“The transaction is estimated to be completed by March 2024.”

It can be mentioned here that Tata also owns Air India Express and AirAsia India, two low-cost airlines, both of which will be merged under the Air India brand, also by 2024.

According to an NDTV report, the Tatas are likely to order 300 narrow-body planes, one of the largest orders placed ever, and the jets would be gradually delivered. The chief executive officer (CEO) of Air India said that it aims to increase its fleet of 113 by three times in a period of five years.

“We are transforming Air India, with the aim of providing great customer experience, every time, for every customer. As part of the transformation, Air India is focusing on growing both its network and fleet, revamping its customer proposition, enhancing safety, reliability, and on-time performance. We are excited with the opportunity of creating a strong Air India which would offer both full-service and low-cost service across domestic and international routes. We would like to thank Singapore Airlines for their continued partnership,” he was quoted as saying in the company release.

Goh Choon Phong, CEO of SIA, said, “Tata Sons is one of the most established and respected names in India. Our collaboration to set up Vistara in 2013 resulted in a market-leading full-service carrier, which has won many global accolades in a short time. With this merger, we have an opportunity to deepen our relationship with Tata and participate directly in an exciting new growth phase in India’s aviation market.”

The merger is being seen as a major step towards the Tatas rebuilding Air India, a company which was founded by the same family-run group but nationalised later. It came back to Tata Sons after facing massive losses and the government decided to sell it off.

How the merger will take place by March 2024?

The merger of the two airlines will involve multiple steps and need a number of regulatory approvals.

The merger of AirAsia India and Air India Express

As the first step, Air India will conclude the merger of AirAsia India and Air India Express by 2023 end, a Moneycontrol report said. Earlier in November, Air India said that it has inked agreements to carry out the acquisition of 100 per cent shareholding in AirAsia India.

It has been learnt that the AisAsia Aviation Group expects to get Rs 1.56 billion (£16 million) from the sale of stake. The new combined entity is aimed to having a low-cost carrier for the Air India group.

The Moneycontrol report said that Air India has set up a working group to look into and execute the integration of the Air India group’s low-cost operations that will be led by AirAsia India MD and CEO Sunil Bhaskaran and Air India Express CEO Aloke Singh.

The merger of Air India and Vistara

Once the AirAsia India and Air India Express merger gets done, Air India will go to the Competition Commission of India (CCI) for the proposed merger with Vistara. After its approval is received, Air India will approach the Directorate Genera of Civil Aviation (DGCA), India’s civil-aviation regulator.

Vistara CEO Vinod Kannan has told his employees in an email communication that as part of the merger with Air India, the former will continue its fleet and expansion plans that it had charted out earlier, reports said.

According to him, Vistara still has plans to expand its 54-aircraft fleet to 70 by end of next year.

What Air India needs to do before the merger

Ahead of the DGCA issuing a single operator’s certificate, the merger carrier must prove that it will abide by the highest levels of safety. Also under domestic air transport rules, the airline which is merging with or acquiring another airline is permitted to take control of the airport infrastructure, including the latter’s slots, in cases of mergers, the Moneycontrol report added. It also said that if the concerned infrastructure remains unused, the airline will lose the user rights over them, including the slots.

What the merger could mean

The consolidation could lead to the creation of a strong rival to IndoGo, India’s dominant carrier, and give SIA a strong foothold in one of the world’s fastest-growing aviation markets.

Besides, it will also give the Tatas an opportunity to boost its brand around the Air India and the low-cost Air India Express.

Consolidation of airlines in the post-pandemic world is not new.  According to Airline Weekly, airlines in consolidated markets such as the US have throughout proved to be more profitable than their peers in markets that are more fragmented. Besides, it also leads to more capacity growth and an improved passengers’ experience. The Covid-19 pandemic has seen consolidation in markets around the world, including in Latin America, Europe, and parts of Asia.

In India, the consolidation in the aviation sector was not something unexpected for many, especially after the Tata Group took over Air India in early 2022. The Tata already owned stakes in AirAsia India and Vistara which made their integration into the Air India franchise, including the Air India Express, a possibility. Also the facts that Malaysia’s Capital A, which jointly owned AirAsia India with Tata, sold its stake in the budget airline to the Tatas in early November and SIA revealed its talks with the Indian conglomerate over a potential Air India deal last month, boosted those possibilities.

Besides, the Tatas hired Campbell Wilson, a SIA veteran, to lead Air India. He has been the CEO of the Singapore-based carrier’s budget arm, Scoot, after serving more than two decades at SIA.

Executives at IndiGo, the country’s largest airline, have, so far, downplayed concerns over the resurgent Air India, Airline Weekly said. “Whether it’s older airlines or newer airlines, they are all run by very professional veterans of the industry. So far we see no irrational behavior by anyone,” former CEO Ronojoy Dutta said in August.

One challenge for Air India post the merger will be to maintain the high service quality of Vistara. Air India has struggled under the state ownership for decades and it will have to raise the bar by a few notches to match Vistara’s standards.

In recent times, Air India has expanded its international flight offerings. Earlier this month, the airline unveiled a new daily flight between Mumbai and New York’s JFK, and has plans to resume flights between Delhi and Copenhagen, Milan, and Vienna, early next year.