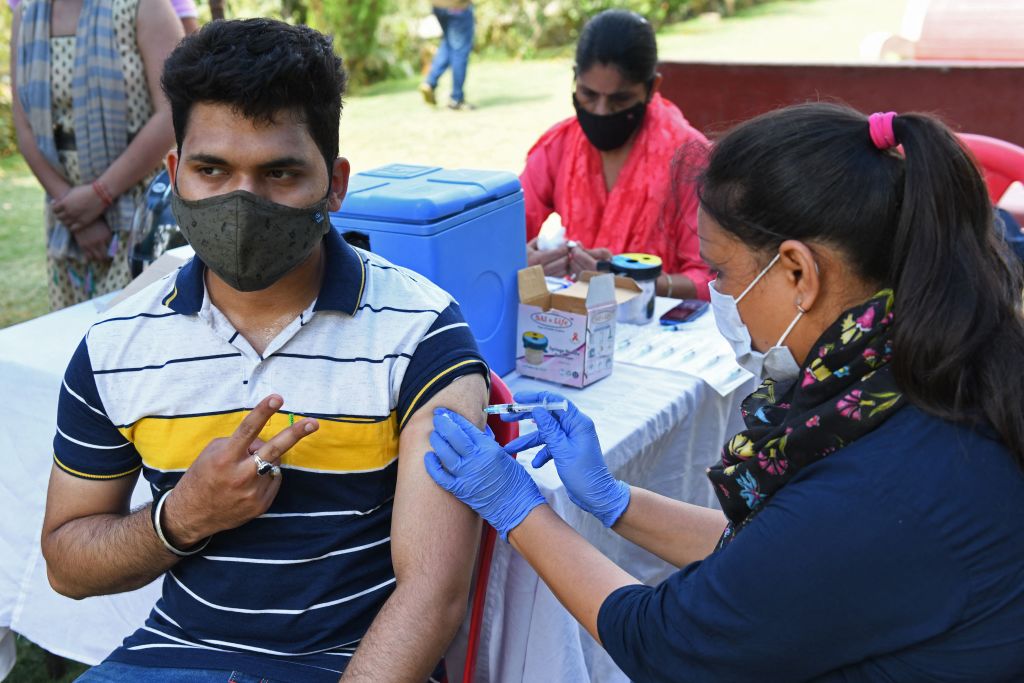 AROUND 40 crore (400 million) Indians are still vulnerable to Covid-19 infection as a nationwide survey has found that two-thirds of the country’s population aged above six have SARS-CoV-2 antibodies, the Narendra Modi government on Tuesday (20) said adding there was no room for complacency in the battle against the pandemic.

Findings of the Indian Council of Medical Research’s (ICMR) 4th national Covid sero survey, show there is a ray of hope but no room for complacency and Covid-appropriate behaviour has to be followed, the government said.

The ICMR conducted the latest survey in June-July.

Addressing the media, a senior official said two-thirds or 67.6 per cent of India’s population aged above six were found to have SARS-CoV-2 antibodies in the latest sero survey. A third were yet to have it which means around 40 crore people are still vulnerable to infection, the official added.

The government said 85 per cent of the surveyed healthcare workers had antibodies against SARS-CoV-2 and one-tenth of them were yet to be inoculated. The survey covered nearly 29,000 common people and over 7,200 healthcare workers.

No deaths by lack of oxygen reported during second wave: Modi government

The fourth round of the survey was conducted in 70 districts across 21 states of India where the previous three rounds had been conducted.

The government stressed on Covid-appropriate behaviour to say social, political and religious gatherings should be avoided and non-essential services should be discouraged. “Travel only if fully vaccinated,” it said.

The ICMR also said that it would be wise to consider reopening primary schools first as children can handle viral infection much better. “Children can handle viral infection much better as they have lower number of ace receptors. So once the decision is taken and all the staff vaccinated, it would be wise to open primary schools first,” it said. India in the last 24 hours recorded 30,093 new coronavirus infections, the lowest in 125 days, taking the total tally of COVID-19 cases to 3,11,74,322, as per the Union health ministry data updated on Tuesday. The death toll climbed to 4,14,482 with 374 daily fatalities, the lowest in 111 days. Active cases have declined to 4,06,130, the lowest in 117 days.