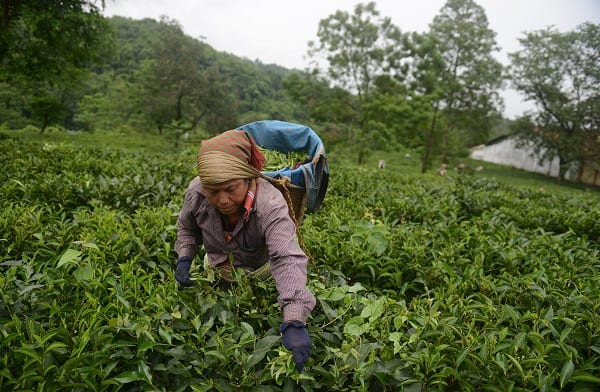 The move by the Anglo-Dutch food group – which buys 10 per cent of the world’s tea supply and owns at least a dozen major brands from PG Tips to Lipton – followed a charity campaign that successfully saw Britain’s six top tea firms reveal such data (Photo: DIPTENDU DUTTA/AFP/Getty Images).

CONSUMER goods giant Unilever released a list of its global tea suppliers on Thursday (12), bolstering a drive to stamp out worker exploitation and modern-day slavery on plantations.

The move by the Anglo-Dutch food group – which buys 10 per cent of the world’s tea supply and owns at least a dozen major brands from PG Tips to Lipton – followed a charity campaign that successfully saw Britain’s six top tea firms reveal such data.

The campaign by advocacy group Traidcraft Exchange began last year to improve working conditions and pay in Assam, India, where research by activists and academics has shown many tea pickers are paid below minimum wage and live in poverty.

“Unilever’s decision to publish its global supplier list gives the women who pick the tea we drink more power to push for better pay and conditions, wherever they work,” Traidcraft Exchange’s policy adviser Tom Wills said in a statement.

“Making the supplier list public means tea workers can complain directly to a global brand when standards fall short of what is being advertised to western consumers,” he added.

About 25 million people are estimated to be trapped in forced labour, from farms to factories, the United Nations says.

As the world strives to meet a UN global goal of ending the $150 billion-a-year crime by 2030, consumers worldwide are increasingly demanding to know whether the products they buy – from T-shirts to tea – are free from modern-day slavery.

The data published by Unilever revealed that it uses tea suppliers in countries including India, Bangladesh, China, Argentina, Turkey, Uganda, and Indonesia.

“We’re determined to make our tea supply chain even more socially and environmentally sustainable, from tea estate to teapot, and this is a great step to help us do that.”

Yet academics and business pressure groups have previously said that abuses do not stop due to greater transparency alone, and called for action from better dialogue with workers to the introduction of a fair living wage.