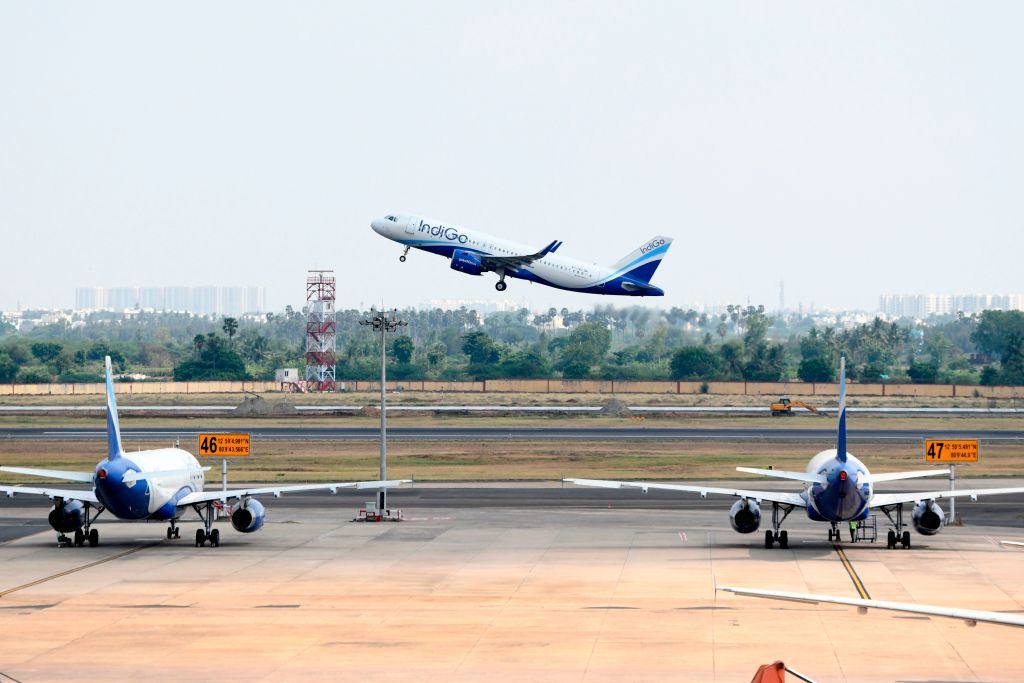 An Indigo flight takes off from an airport in India. (Photo by ARUN SANKAR/AFP via Getty Images)

More than 97 lakh (9.7 million) domestic passengers travelled by air in July, 7.6 per cent lower than the 1.05 crore (10.5 million) who travelled in June, aviation regulator Directorate General of Civil Aviation (DGCA) said on Thursday (18).

people travelled on domestic flights in the January-July period of 2022, the Directorate General of Civil Aviation (DGCA) stated in its monthly statement.

The rainy season is usually a lean period for the aviation sector in India.

The occupancy rate or load factor for SpiceJet was 84.7 per cent in July, the DGCA noted.

During the last two years, the aviation sector has been significantly impacted due to travel restrictions imposed in India and other countries in view of the Covid-19 pandemic.

The DGCA data mentioned that in July this year, AirAsia India had the best on-time performance of 95.5 per cent at four metro airports — Bengaluru, Delhi, Hyderabad and Mumbai.

Vistara and Go First were at the second and third positions at these four airports in July with 89 per cent and 84.1 per cent on-time performance respectively, the DGCA said.