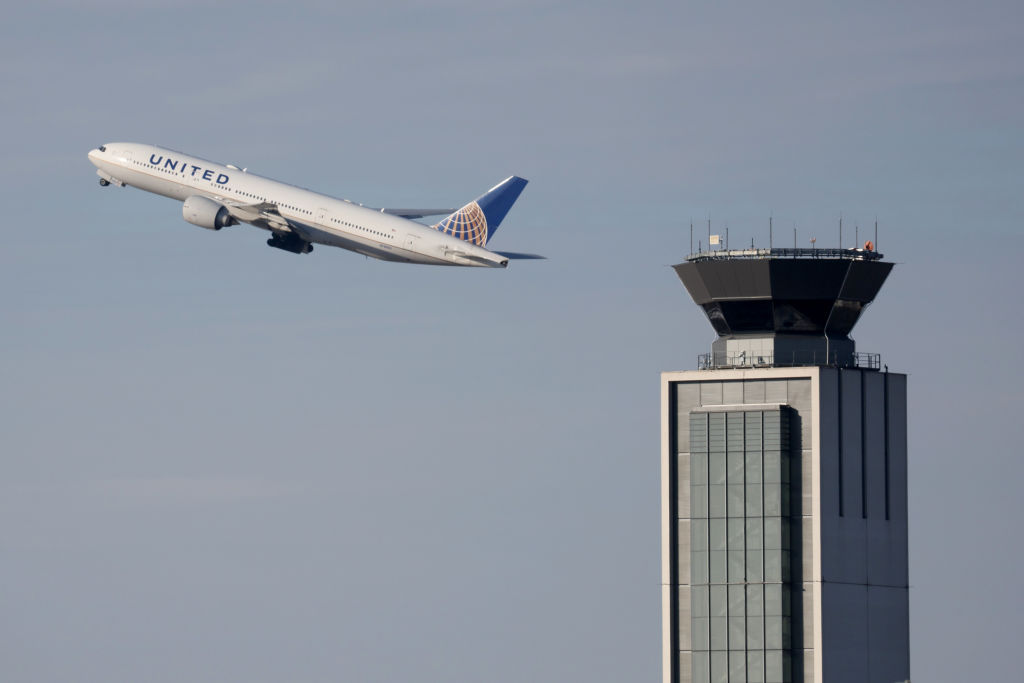 An aircraft takes off from O’Hare International Airport on January 18, 2022, in Chicago, Illinois, the US. Major airlines expressed concern that 5G wireless service could wreak havoc on aircraft electronics. (Photo by Scott Olson/Getty Images)

TRAVEL plans for thousands of passengers, including those travelling to India, were hampered after various airlines cancelled or curtailed some flights to and from the United States over the issue of deployment of new 5G service, scheduled to begin from Wednesday (19).

Several international airlines, including Air India, announced that they will cancel flights to the US, warning that the signals from new 5G phone service could interfere with flights’ navigation systems.

The US aviation regulator Federal Aviation Administration (FAA) said last week that “5G interference with the aircraft’s radio altimeter could prevent engine and braking systems from transitioning to landing mode, which could prevent an aircraft from stopping on the runway”.

The C-band service, which offers faster speeds and broader coverage, was due to be turned on from Wednesday.

On Tuesday (18), Air India tweeted that due to deployment of 5G communications in the US, “our operations to the USA from India stand curtailed/revised with change in aircraft type from January 19, 2022.”

The airline also said in another tweet that due to deployment of the 5G communications in the US, it will “not be able to operate” flights of January 19 on the Delhi-JFK-Delhi, Delhi-San Francisco-Delhi, Delhi-Chicago-Delhi and Mumbai-Newark-Mumbai routes.
The flight from Delhi to Washington DC on January 19 will operate as per schedule it said.

Apart from Air India, several other airlines also announced they were cancelling flights to the US in connection to the deployment of the 5G service.

Emirates said that due to “operational concerns” associated with the planned deployment of 5G mobile network services in the US at certain airports, it will be suspending flights from January 19 until further notice to destinations such as Boston, Chicago, Dallas Fort Worth, Houston, Miami, Newark, Orlando, San Francisco and Seattle.

Delta said that telecom companies agreed Tuesday to limit the scope of Wednesday’s planned 5G deployment and will delay implementation around certain airports in the US.

“While this is a positive development toward preventing widespread disruptions to flight operations, some flight restrictions may remain.”

Delta added that it has joined other airlines in seeking a delay by the US government of the deployment of the new 5G coverage into the C-band spectrum until more protections and assurances against potential interference with aircraft radio altimeters exist.

“Radio altimeters are a critical piece of technology that inform many aircraft functions and give pilots what they need to fly aeroplanes safely, especially during critical phases of flight,” it said.

The airline said the impact on air travel could be immediate and significant, directly impacting passenger travel and cargo shipping.
“The nation’s commerce will grind to a halt,” the chief executive officers (CEOs) of major carriers, including Delta CEO Ed Bastian, wrote in a letter coordinated by Airlines for America to government officials, including transportation secretary Pete Buttigieg and the chair of the Federal Communications Commission.

Meanwhile, telecommunication companies AT&T and Verizon announced on Tuesday that they would delay activating 5G on some towers around certain airports.

The sudden flight cancellations disrupted travel plans for thousands of passengers who were left in the lurch with little information forthcoming on when the flights will resume.

Jayant Raj, who was set to leave the American shores for India, had his suitcases packed and was ready to board the Air India flight from New York’s JFK International Airport to New Delhi on Wednesday which now stands cancelled. He said he first got to know about the flight cancellation Tuesday afternoon through a tweet by Air India.

“I was travelling to India after four years and was counting days to meet my parents and family. First, the COVID pandemic curtailed travel for almost two years and now there is this new issue,” he said.

With uncertainty over when the flight from JFK to Delhi will resume, Raj decided to take the Air India flight from Washington, which is still operational and departs Wednesday morning.

Priyanka Seth, another passenger whose flight got cancelled due to the 5G issue, said she was travelling to Mumbai and was eager to meet her parents after nearly five years.

“The pandemic as it is has made travel very stressful. Additional problems caused by such last-minute cancellations are leaving so many people in the lurch,” Seth said.

She said that she is looking for other flight options to Mumbai but purchasing a ticket is not the only hurdle.

“I have already taken the 72-hour RT-PCR test as required for travel to India. If I am unable to board a flight to Mumbai by Wednesday, my current RT-PCR report will be invalid and I will have to undertake another test. I am not sure if I will get my test report back in time for me to board the next available flight,” she said, adding that she also has to change her connecting flight from Mumbai to Hyderabad.

New York-based social activist Prem Bhandari said while the local staff of Air India at JFK and Newark airports have been very helpful and have done a “commendable job during this pandemic”, the airline management could have managed the current situation caused by the 5G issue more effectively.

“I know of people who have travelled by road/air to get a connection from Delhi to New York. Passengers waited for over two hours at the airport before being told that the flight was cancelled. They should have been informed on time. It is not possible that the flight was cancelled at the last minute,” he said, adding that the airlines should have notified passengers well in advance knowing that there could be disruptions.

“I am inundated with calls from people who are inquiring when the flights will resume. Those travelling on the 19th of January are now stranded. Others travelling in the coming days and weeks are worried by the uncertainty caused by the suspension of the flights,” Bhandari, who is also chairman of REDIO – Rescuing every Distressed Indian Overseas, said.

AT&T and Verizon have agreed to postpone the rollout of their new 5G service at some airports, according to US media reports.

“We are frustrated by the FAA’s inability to do what nearly 40 countries have done, which is to safely deploy 5G technology without disrupting aviation services, and we urge it do so in a timely manner,” CNN quoted Megan Ketterer, a spokesperson for AT&T, as saying.

The Joe Biden administration has welcomed the delay, saying that the “agreement will avoid potentially devastating disruptions to passenger travel, cargo operations, and our economic recovery, while allowing more than 90 per cent of wireless tower deployment to occur as scheduled”.