Allahudien Paleker, the Johannesburg Test umpire who has Indian roots 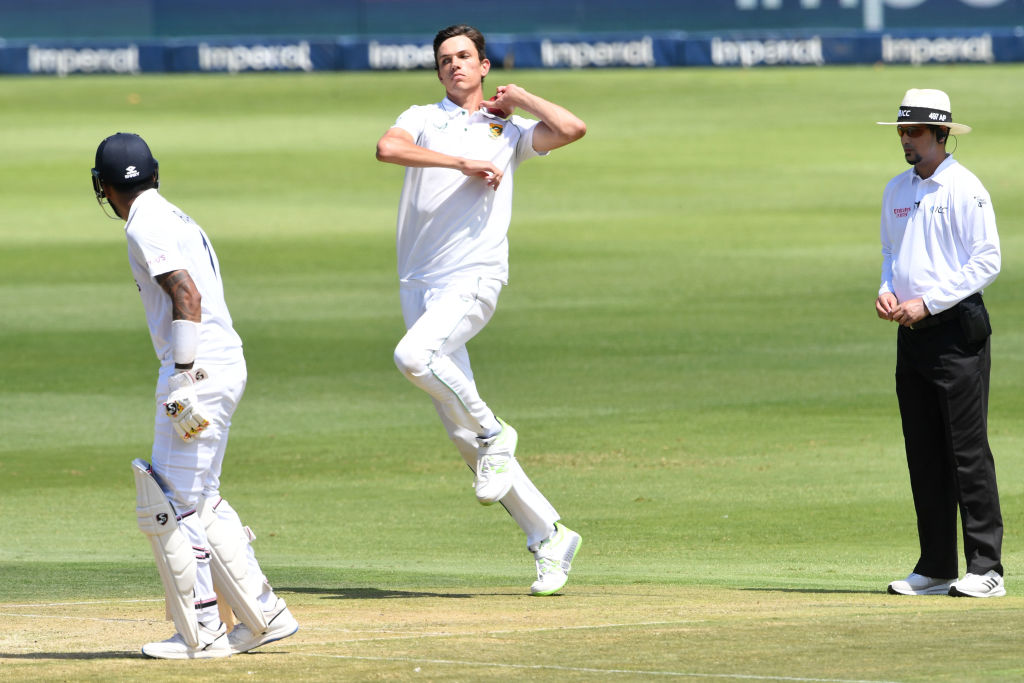 Umpire Allahudien Paleker looks on as South Africa pacer Marco Jansen bowls at the Indian batters in the second Test match at the Wanderers Stadium in Johannesburg. (Photo by Lee Warren/Gallo Images)

SOUTH AFRICAN umpire Allahudien Paleker, who is officiating in the ongoing second Test match between South Africa and India at the Wanderers Stadium in Johannesburg, has India connections as his family traces its origins to Ratnagiri district of the western state of Maharashtra.

He has also officiated in a game between Mumbai and Madhya Pradesh in Ranji Trophy, India’s top domestic tournament, at the Wankhede Stadium in Mumbai in the 2014-15 season.

“The entire village, the gram panchayat (local governing body) is proud of him, that our name and that of the village has gone on the international level. We are extremely happy,” he said.

Speaking on Paleker’s umpiring in the Ranji match, a senior umpire at the Mumbai Cricket Association, who was also the body’s office-bearer once, said, “He (Paleker) did umpire in that Ranji Trophy game and also stood in another Ranji game in India as part of the umpire exchange programme.”

Paleker, who has officiated in T20 and one-day international matches in 2018 and 2019, respectively, was standing in his first Test match as the umpire in Johannesburg. In 2017, he was promoted to the International Cricket Council’s international panel of umpires.

He is officiating in the Johannesburg Test with compatriot Marais Erasmus.