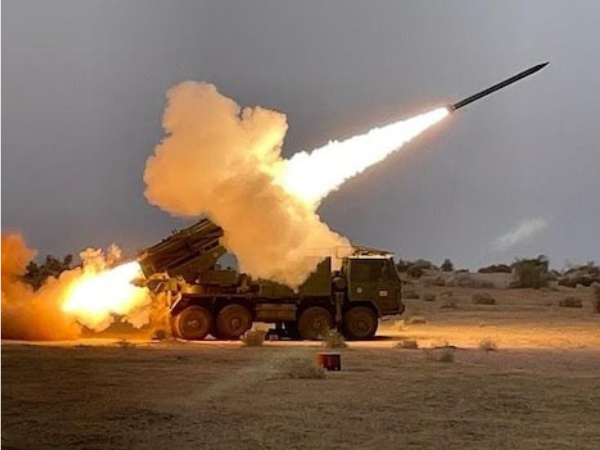 The West Asian nation of Armenia has inked a contract with India for getting the latter’s indigenous Pinaka multi-barrel rocket launchers and unspecified missiles and ammunition as its tension escalates with neighbour Azerbaijan which is close to India’s rival country Pakistan and Turkey.

On Wednesday (28), Armenia and Azerbaijan slammed each other with charges of violating a cease-fire agreement that ended a brief conflict in September.

India’s ThePrint cited sources in the defence and security establishment that the contract between the two countries’ governments has been valued at around Rs 2,000 crore (£222 million) and it was signed earlier in September. They also said that the supplies would be fast-tracked depending on the requirement.

The exact quantity of the supply was not known but it was confirmed that the order included besides the Pinaka system, ammunition and anti-tank rockets.

The report also added that it was the first international order for the Pinaka system which has been developed by India’s Defence Research and Development Organisation. The multiple rocket-launcher is already in use in the Indian Army and has been deployed at borders with Pakistan and China.

While sources in India’s defence establishment did not reveal the exact nature of the contract, they said that Armenia, a former Soviet republic, has brought defence goods from India in the past. For example, it had brought four indigenous Swathi weapons locating radar from India in 2020 that were developed in the backdrop of its fight with Azerbaijan.

Earlier this year, India signed a contract with the Philippines for the sale of the BrahMos missiles.

Two years ago, the Narendra Modi government had set a goal of Rs 35,000 crore (£3.9 billion) export in aerospace, and defence goods and services in the next five years.