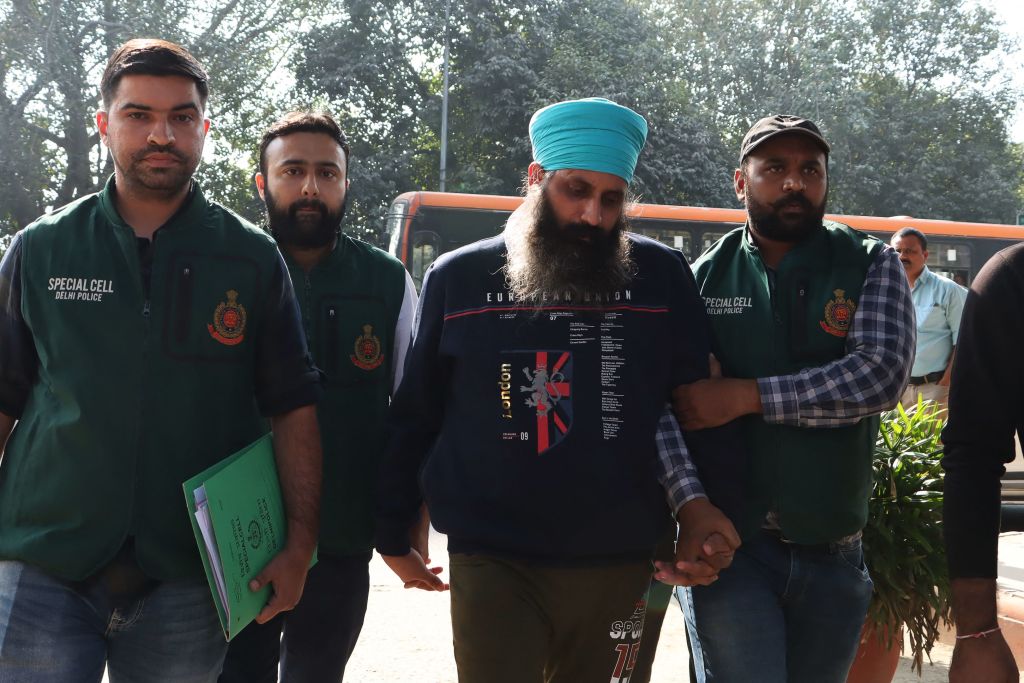 Delhi Police special cell officers escort Rajwinder Singh (in blue turban) to Patiala court after being arrested in relation to the 2018 murder of Australian national Toyah Cordingley in Australia’s Queensland state, in New Delhi on November 25, 2022. (Photo by AFP) (Photo by -/AFP via Getty Images)

Rajwinder Singh, an Australian citizen of Indian origin who has recently been arrested in India on charges of murdering a young Australian woman on a beach in Queensland in 2018, appeared at Delhi’s Patiala House court on Wednesday (30) as authorities sought to extradite him Down Under to face trial.

The court listed the matter for evidence for December 17 and asked the authorities to produce documents, Asian News International reported. The extradition inquiry is currently underway.

Additional chief metropolitan magistrate Nabeela Wali listed the matter next month for evidence in the matter. The hearing was brief as the judge adjourned it fast.

Singh, 38, was arrested in the Indian capital on Friday (25) after a long manhunt to track him down. He is the main accused in the murder of Toyah Cordingley who was stabbed to death while walking her dog on Wangetti beach. She was 24.

He was arrested and produced before the Patiala House Court by the Delhi Police’s special cell on November 25.

The court remanded Singh to judicial custody. A non-bailable warrant was also issued for his arrest by the court.

Investigating sources later said that Singh allegedly committed the crime after Cordingley’s pet barked at him.

Authorities in Australia have had an extradition order against Singh last year and want him to be sent back as soon as possible. The Indian government approved the extradition request in October but the case has to be first head before an Indian court.

Australian authorities have had an extradition order against Singh since 2021, and are seeking to have him sent back as soon as possible. The Indian government approved the extradition request last month, but the case must first be heard before the Indian court.

During his visit to the court, Singh, who was wearing a blue turban and sported dishevelled grey beard, did not talk and showed little emotion. His father Amar Singh, who lives in the northern Indian state of Punjab, was also present.

The Australian police had also announced a bounty of a million Australian dollars on Singh’s head.

According to sources, Singh was in Australia for 10 years and worked there as as male nurse. He reportedly left his family back there while fleeing to India after the 2018 incident.

Ajay Digpaul, the prosecutor representing the Indian government, said outside the court in Delhi that while the case was being heard quickly, it was “too difficult” to give a definite timeline of how long it could take to extradite the man to Australia, The Guardian reported.

He said the evidence to support the request for Singh’s extradition would be produced at the next hearing.

Also present at the hearing was the Australian federal police but they said they could not comment as the case was under judicial review.