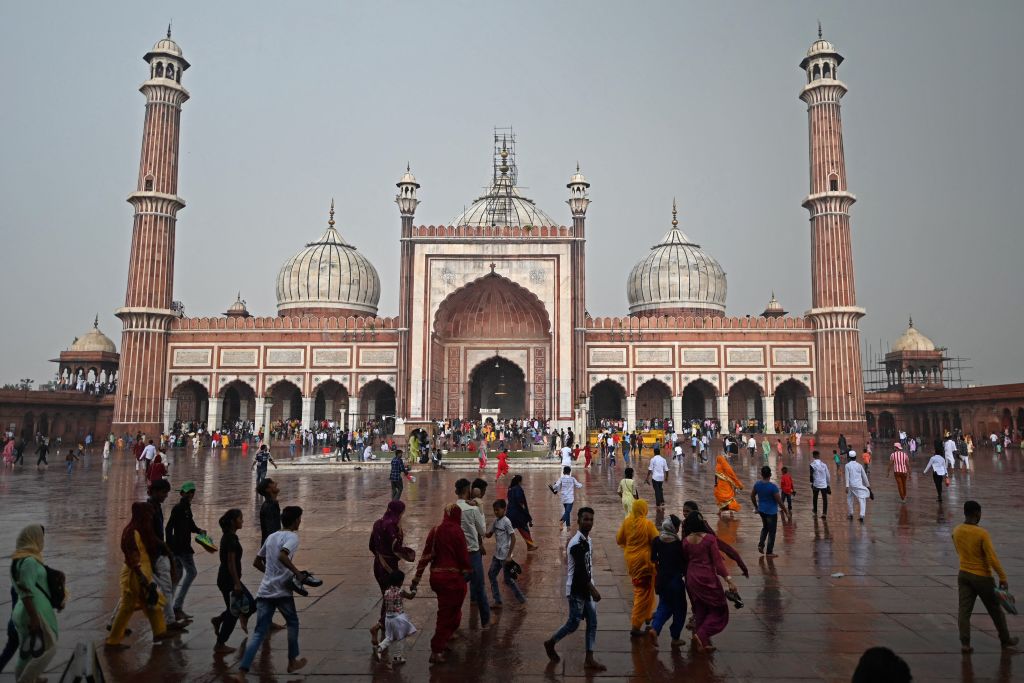 The Jama Masjid in Delhi, India. (Photo by SAJJAD HUSSAIN/AFP via Getty Images)

The Shahi Imam of Delhi’s Jama Masjid has agreed to withdraw the order restricting entry of women in the mosque after Delhi’s lieutenant governor (L-G) VK Saxena requested him over the same, sources in the Raj Niwas or the L-G’s official residence told Press Trust of India.

They added that the Imam, Syed Ahmed Bukhari, agreed to revoke the order on the condition that the visitors respect and maintain the mosque’s sanctity.

Earlier, the administration of the Jama Masjid had put up notices outside the main gates banning the entry of girls or women, whether alone or in groups.

“Jama Masjid mein ladki ya ladkiyon ka akele daakhla mana hai (The entry of a girl or girls is not permitted in Jama Masjid),” reads the notice by the administration of the 17th century Mughal-era monument that attracts several thousands of devotees and tourists.

The move triggered a controversy which saw the Imam saying on Thursday (24) that the order was not applicable to those coming to the mosque to offer prayers. The decision to not allow women received a backlash with women’s rights activists calling it regressive and unacceptable.

‘Does he think this is Iran?’

The Delhi Commission for Women (DCW) issued a notice to the mosque administration slamming the ban order.

“We have issued a notice against the Jama Masjid’s Shahi Imam’s Talibani diktat,” Swati Maliwal, chief of the commission, said, India Today reported.

Why not ban entry of boys/men coming alone in Jama Masjid?
Why problem only with girls/women? https://t.co/blEnP5HEO3

“Preventing women from freely entering and practising their religion in the mosque is highly discriminatory and an extremely regressive practice as a place of worship should be open to everyone, regardless of their gender,” the DCW’s notice read.

“Such an order is clearly misogynistic and against the ethos of the Constitution of India,” it added.

Vowing to get the ban removed, the DCW chief said India was not Iran.

“Shahi Imam’s order is unconstitutional. What does he think this (India) is Iran, that he will discriminate against women openly and no one will stop him,” she said.

She later tweeted in Hindi welcoming the Imam’s decision to withdraw the order.

According to the Imam, the decision to ban girls’ entry was taken after some “incidents” were reported on the mosque’s premises.

“Jama Masjid is a place of worship and people are welcome for that. But girls/women coming alone and waiting for their dates… this is not what this place is meant for. The restriction is on that,” he told PTI.