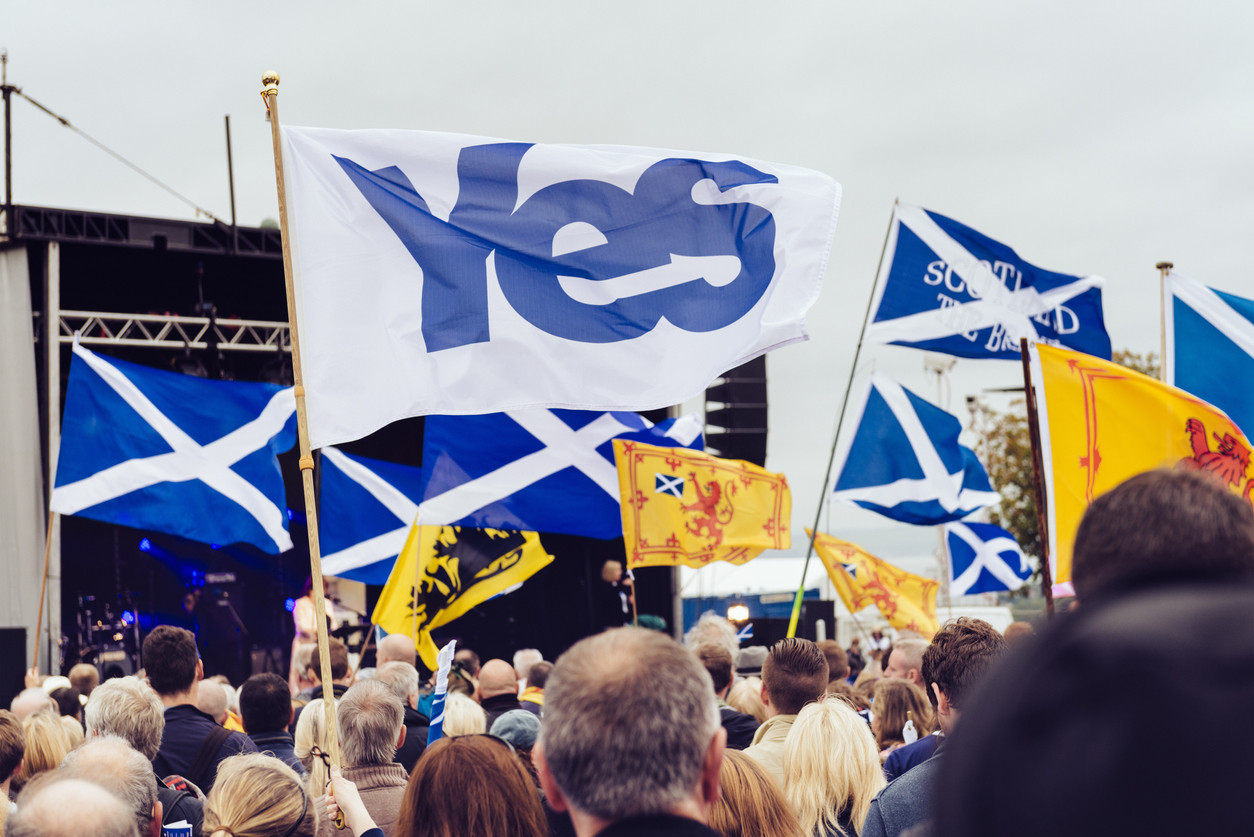 Campaigners for Scottish independence at a rally. (iStock)

In a blow to independence campaigners, Britain’s Supreme Court on Wednesday (23) gave a ruling that the government of Scotland cannot hold a second referendum unilaterally on whether to leave the UK.

The court rejected an attempt by the Scottish National Party (SNP) to force a vote in October next year as it lacked the approval of the British parliament.

However, the ruling is unlikely to put an end to the heated debate over independence that has dominated British politics for a long time.

Scotland held a vote on the issue with Westminster’s approval in 2014 when voters declined the prospect of independence by 55 per cent to 45 per cent.

The pro-independence SNP has dominated Scotland’s politics in the intervening years. The party’s successive leaderships have vowed to give the voters of Scotland another opportunity to have their say, especially since the UK voted to exit the European Union six years ago.

The latest push by the SNP leadership involved staging an advisory referendum in late 2023, similar to the Brexit referendum of 2016. However, the country’s top court said that even a vote that is not legally binding would require oversight from Westminster, CNN reported.

“A lawfully held referendum would have important political consequences relation to the Union and the United Kingdom Parliament,” Lord Reed said while reading the court’s judgment.

While SNP leader Nicola Sturgeon said she accepted the ruling albeit with disappointment, she also tried to use it to strengthen her pro-independence argument.

“A law that doesn’t allow Scotland to choose our own future without Westminster consent exposes as myth any notion of the UK as a voluntary partnership & makes (a) case” for independence,” she wrote on Twitter.

1/ While disappointed by it I respect ruling of @UKSupremeCourt – it doesn't make law, only interprets it.
A law that doesn't allow Scotland to choose our own future without Westminster consent exposes as myth any notion of the UK as a voluntary partnership & makes case for Indy

2/ Scottish democracy will not be denied.
Today’s ruling blocks one route to Scotland’s voice being heard on independence – but in a democracy our voice cannot and will not be silenced.
I'll make a full statement later this morning – tune in around 11.30am

“Scottish democracy will not be denied,” she said.

“Today’s ruling blocks one route to Scotland’s voice being heard on independence – but in a democracy our voice cannot and will not be silenced.”