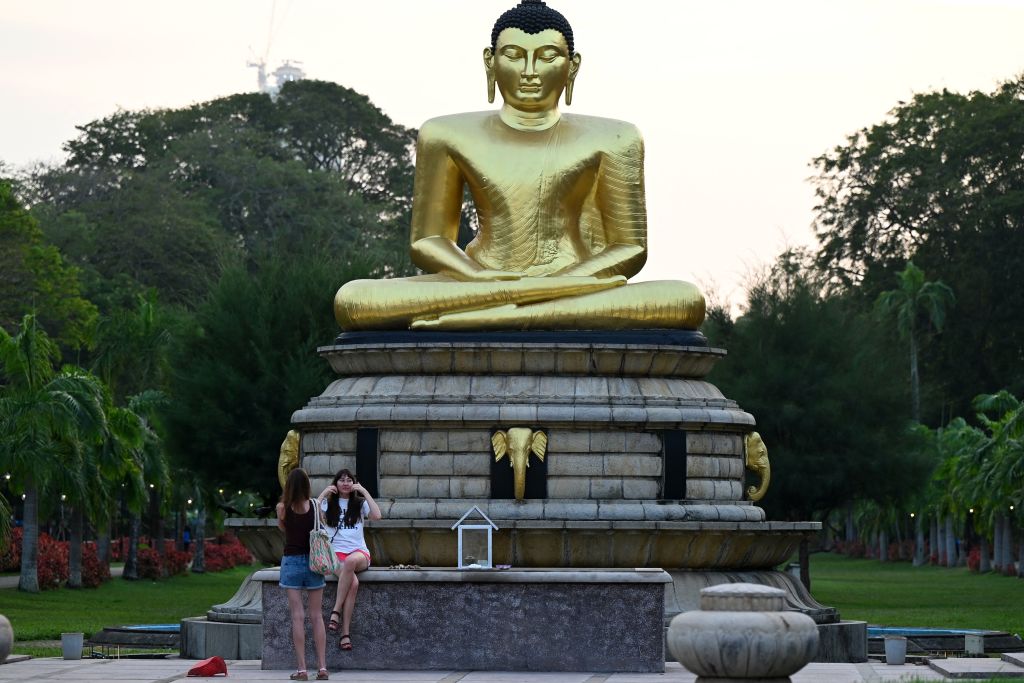 Tourists take pictures against the backdrop of a statue of Buddha in Colombo. (Photo by ISHARA S. KODIKARA/AFP via Getty Images)

SRI LANKA will hold road shows in five key Indian cities to attract more visitors from its populous northern neighbour in a bid to bring more foreign currency into the crisis-hit island, its tourism minister said on Wednesday (6).

Known for its rolling hills, pristine beaches and laidback seaside towns, Sri Lanka is grappling with its worst financial crisis in seven decades, partly triggered by economic mismanagement and the COVID-19 pandemic, which wiped out its lucrative tourism industry.

The country of 22 million people is now without enough foreign currency to import even essentials, leading to shortages of medicine, food, and fuel.

Despite the turmoil, Sri Lanka has seen a steady trickle of 61,951 Indian tourists – the most from any foreign country – in the first five months of this year, and the government is keen to bring in more Indians.

“Sri Lanka must have tourism revenue if it is to emerge from this crisis. That is essential,” Lankan tourism minister Harin Fernando told reporters.

“India is a very important market for us,” he said.

Fernando said he hoped the country would end the year with around one million tourists, compared to less than 200,000 arrivals last year, even though some countries, including Britain, have issued advisories asking citizens to only undertake essential travel to Sri Lanka.

“We are confident the winter season will be good,” Fernando said.

Running out of fuel, Sri Lanka has extended a countrywide school shutdown and asked public employees to work from home.

The country will present its debt restructuring plan to the International Monetary Fund in August, a crucial step for securing a possible $3 billion (£2.5 billion) programme to put the economy back on track.