‘I am the world no.1, Kohli is behind me…,’ says Pakistan cricketer who last played international cricket in 2016 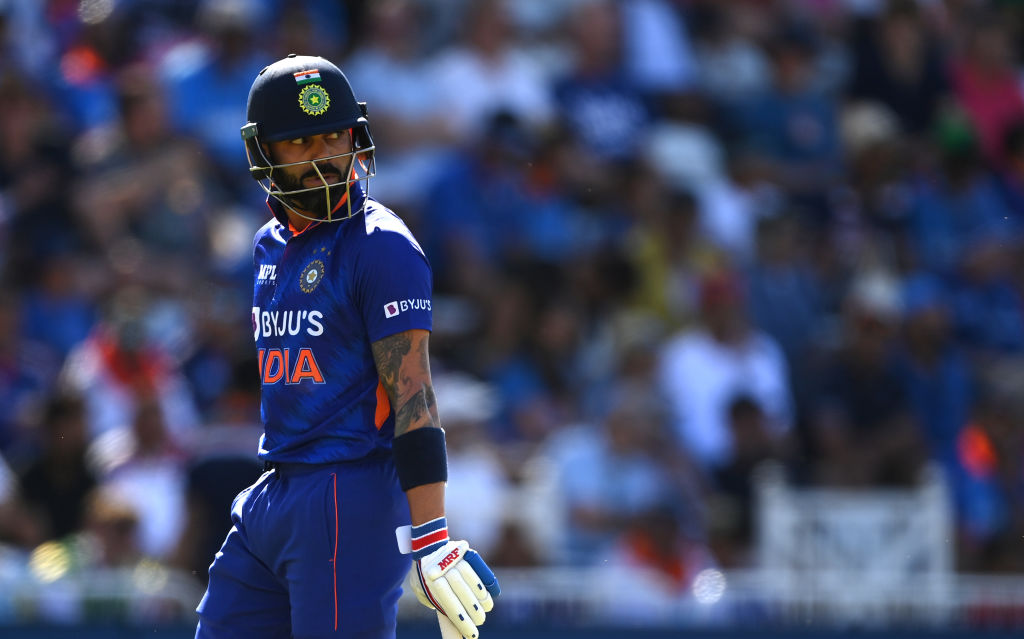 The greatness of Virat Kohli is not doubted by many in the cricketing world. The ace India batter has roared back to form after a three-year slump and returned among centuries to resume his chase for the great Sachin Tendulkar’s record of hundred international tons.

After slamming his first century in T20s last year, Kohli smashed three hundreds in his last seven innings in one-day internationals (ODIs). The 34-year-old has 74 international hundreds of which 46 have come in ODIs and he needs three more to equal Tendulkar’s record of 49 tons in the same format.

But there are also people who beg to differ and one of them is Khurram Manzoor, a batter from Pakistan who thinks that he is better than the Indian, especially in domestic cricket.

The 36-year-old right-hand batter from Karachi, who played for Pakistan between 2008 and 2016, was asked about a recent claim he made over his List A figures being better than Kohli.

Khurram, who played in 16 Tests, seven ODIs and three T20s to score just over 1,000 runs with one Test hundred, however clarified that his intention was not to compare himself with the Indian run-machine but to highlight his achievements in Pakistan’s domestic cricket.

“I am not comparing myself with Virat Kohli. Fact is, in 50-overs cricket, whoever are there in the top-10, I am the world no.1. Kohli is behind me as he scores a century every six innings. I score century every 5.68 innings, which is a world record. Over the last 10 years, my average is 53, and I am ranked fifth in the world, as far as List A cricket is concerned,” Manzoor said on Nadir Ali’s Podcast when asked about his claims.

According to Manzoor, despite scoring runs in domestic cricket consistently, he has been ignored by the national selectors.

“I also have scored 24 centuries in the last 48 innings. Between 2015 and now, whoever has opened for Pakistan, I still remain the leading scorer among them. I am also the top scorer and century getter in national T20. Yet I get ignored. I have 8-9 records (in List A cricket),” he said.