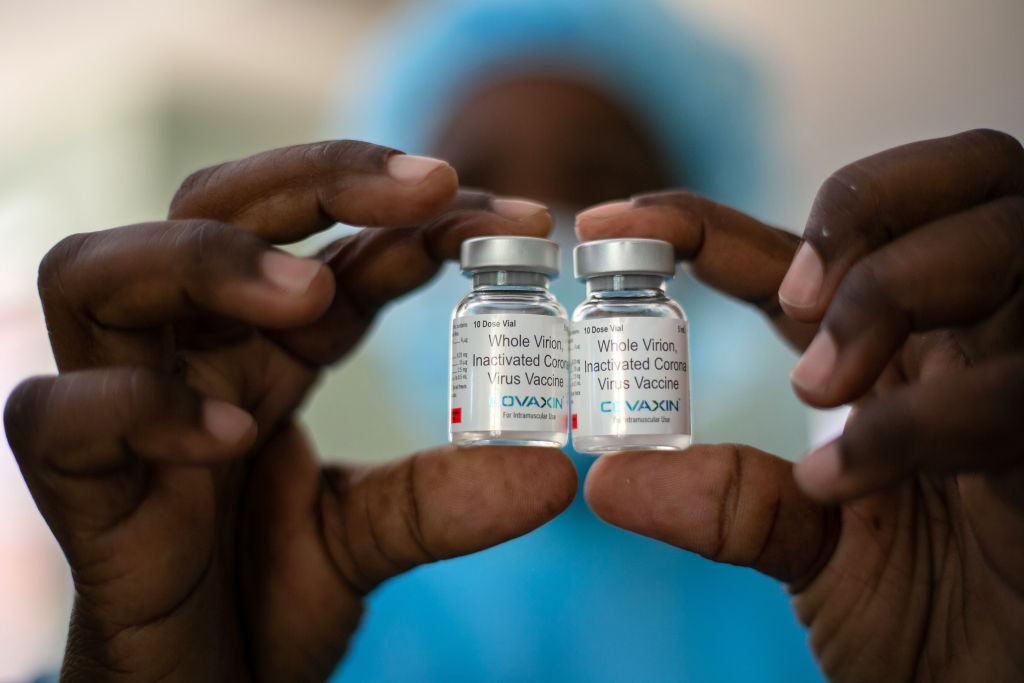 A nurse shows off the vials of Covaxin, India-made Covid-19 vaccine at a hospital in Harare, Zimbabwe. Zimbabwe was the first African country to approve the Covaxin Covid-19 vaccine, developed by Bharat Biotech International. (Photo by Tafadzwa Ufumeli/Getty Images)

INDIA on Monday (29) offered to provide Covid-19 vaccines, life-saving drugs, test kits and medical equipment to countries in Africa to deal with the new Omicron variant of coronavirus.

Omicron has been designated by the World Health Organisation (WHO) as a “variant of concern” based on the evidence that it has several mutations that may affect how quick it spreads or the severity of illness it leads to, Indian daily Hindustan Times reported.

“The government of India stands ready to support the countries affected in Africa in dealing with the Omicron variant, including by supplies of made-in-India vaccines,” India’s external affairs ministry said in a statement, adding that supplies can either be delivered bilaterally or through the WHO-backed COVAX facility.

The statement also said that the Indian government has cleared all orders placed by COVAX for supplies of the Covishield vaccine so far, including to African nations such as Ethiopia, Zambia, Mozambique, Guinea, Malawi and Lesotho.

The government also cleared supplies of Covaxin, which is domestically manufactured, to Botswana and any new requirement projected bilaterally or through COVAX will be considered expeditiously, the statement said.

New Delhi has expressed solidarity with countries, particularly in Africa, that have so far been hit by the Omicron strain.

India and China have close ties with a number of African nations but Beijing has invested more money in the region and promised to add another $10 billion to that on Monday.

New Delhi, on the other hand, resumed overseas shipments of Covid-19 vaccines for the first time since April when it stopped exports to meet the domestic demand as infections and deaths caused by them surged.

India’s production of vaccine has gone by three times since then to about 300 million a month. The country has administered at least one dose to 83 per cent of its 944 million adults and two doses to 47 per cent.