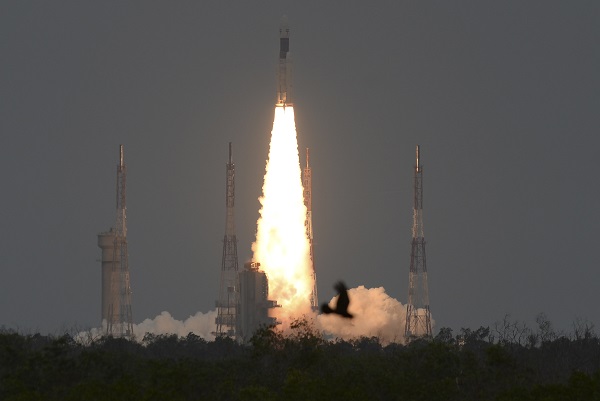 The manoeuvre was carried out at 1.08 am using the on-board propulsion system for a firing duration of 883 seconds, the space agency said in a statement (Photo: ARUN SANKAR/AFP/Getty Images).

THE second earth-bound orbit-raising manoeuvre for Chandrayaan-2 spacecraft was performed in the early hours of Friday (26), the Indian Space Research Organisation (ISRO) said.

The manoeuvre was carried out at 1.08 am using the onboard propulsion system for a firing duration of 883 seconds, the space agency said in a statement.

ISRO announced that all the parameters of the spacecraft were normal. The third orbit raising manoeuvre will be performed on July 29 afternoon.

The ambitious project of sending a spacecraft with a moon lander and a rover was launched on July 22 afternoon.  The ISRO is aiming for a soft landing of the lander (spacecraft) in the South Pole region of the moon where no country has gone so far.

The earth-bound manoeuvres had started from Wednesday and it will culminate into Trans Lunar Insertion, scheduled on August 14, 2019, which will send the Chandrayaan-2 spacecraft to the moon.

If successful, it will make India the fourth country after Russia, the US, and China to pull off a soft landing on the moon.