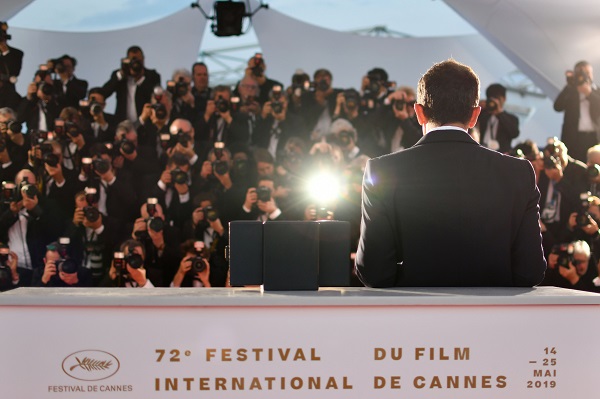 INDIA found a bright silver lining on the penultimate day of the 72nd Cannes Film Festival in the form of director of photography Modhura Palit, winner of the Special Encouragement at the 7th Pierre Angenieux ExcelLens in Cinematography ceremony here.

Palit shared the rostrum with five-time Oscar-nominated cinematographer Bruno Delbonnel (“Amelie”, “Faust”, “Inside Llewyn Davis”, “Darkest Hour”, “The Ballad of Buster Scruggs”), who won the night’s big tribute for an illustrious career as a master of light and shadows.
An alumna of the Satyajit Ray Film and Television Institute, Palit, who shot the critically acclaimed Bengali film “Ami O Manohar” (Manohar and I, 2018), received a certificate of recognition from British-born French actress Amira Casar (“Call Me By Your Name”, “At Eternity’s Gate”).

Severine Serrano, managing director, Angenieux international sales and marketing, said: “Modhura loves to play with light and render a scene strikingly intimate.” The final shot of “Ami O Manohar” was projected on the screen by way of proof.

Angenieux is an 80-year-old French company that has been manufacturing state-of-the-art camera lenses for over 80 years. Inexplicably, no Indian was present in Salle Bunuel to support Palit in an official capacity as she seized the limelight and did the nation proud.

However, Chennai-based cinematographer and filmmaker Rajiv Menon, was at hand. Speaking on the occasion, he said: “As a DOP and teacher, it warms my heart to see a young girl coming out of India being recognized here. Modhura, the world now waits for you…”

Accepting the Special Encouragement nod, which entails the loan of an Angenieux lens for her next project, Palit said: “When I received a mail informing me about the prize, I thought it was a spam of the kind that promises a million dollars. I did not believe it. But here I am on the stage today living a fairy tale.”

“I work in independent cinema without budgets. But as I stand here draped in a sari tonight, if the image goes out, it will tell all women back in India who want to break into a male-dominated field that fairy tales do come true if your dreams are strong enough,” she said.

After the ceremony, Dominique Rouchon, deputy managing director, Angenieux sales and communication, explained the rationale behind the Special Encouragement, which was won by the young Chinese cameraperson Cecile Zhang in 2018, the year of its inception.

“The idea is to provide a push to the career of new talent so that it can take off globally,” he said.