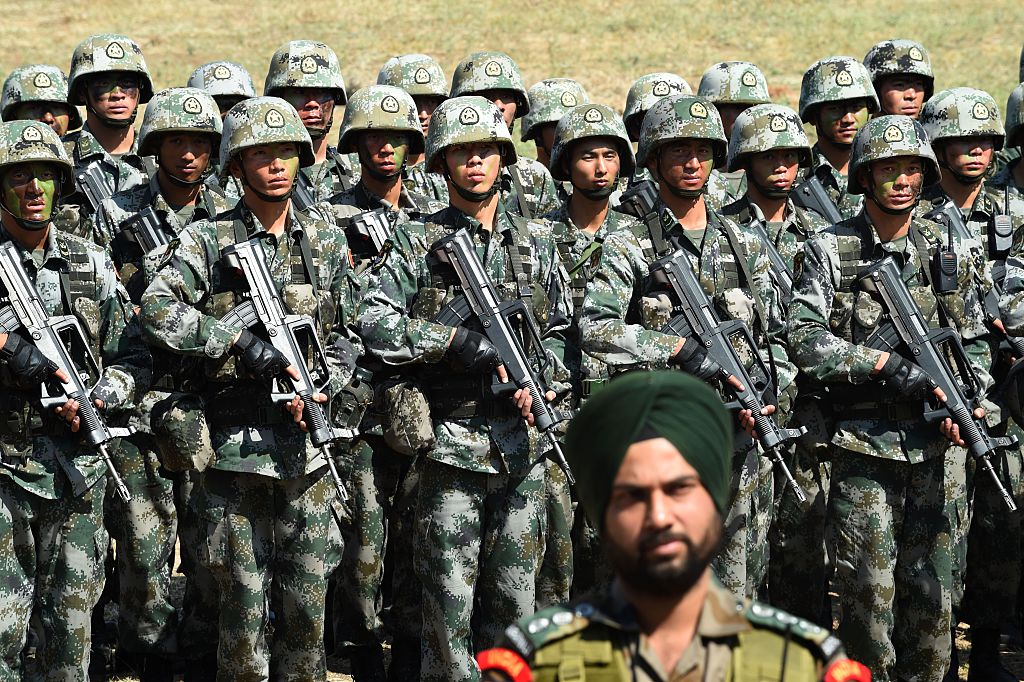 “ACUTE tensions and clashes” between India and China at the Line of Actual Control (LAC) in the Himalayan region have given China’s People’s Liberation Army (LAC) “valuable real-world operational and tactical experience”, the US military has said in a report.

The first of these reports was released in 2000.

The report, which “covers key developments of the PLA’s military modernization and reform, and provides insights into the PRC’s regional and global ambitions”, focuses on the tensions between the two nuclear-armed South Asian nations that started in Ladakh last year and even saw deaths on both sides.

The report said the stand-off started after the “PLA launched incursions into customarily Indian-controlled territory across the border and has concentrated troops at several standoff locations along the LAC” starting May 2020.

“In 2020, acute tensions and clashes along the border with India resulted in significant PLAA force buildup and establishment or enforcement of forward positions along the Line of Actual Control. These tensions likely provided the PLAA with valuable real-world operational and tactical experience,” the report said, adding that while the PLA concentrated troops at several stand-off locations along the LAC, it also has a decent reserve force from the Tibet and Xinjiang Military Districts, who were deployed to the interior of western China to come up with a rapid response.

The American report also said that beginning early May last year, the Indian and Chinese troops engaged in “multiple unarmed clashes” along the LAC.

According to the report, the PLA set up a fibre optic network in remote areas of the western Himalayas at the height of the border standoff to provide faster communications and higher protection from foreign interception.

This was done because PLA field commanders “view near-real-time ISR (Intelligence, Surveillance and Reconnaissance) and situational data as well as redundant and reliable communications as essential to streamlining decision-making processes and shortening response timelines”, the report said.

It added that despite the ongoing diplomatic and military dialogues to reduce border tensions with New Delhi, Beijing has continued to take incremental and tactical actions to press its claims at the LAC.

“Sometime in 2020, the PRC built a large 100-home civilian village inside disputed territory between the PRC’s Tibet Autonomous Region and India’s Arunachal Pradesh state in the eastern sector of the LAC. These and other infrastructure development efforts along the India-China (sic) have been a source of consternation in the Indian government and media,” the report said.

“In contrast, PRC has attempted to blame India for provoking the standoff through India’s increased infrastructure development near the LAC. Asserting that its deployments to the LAC were in response to Indian provocation, Beijing has refused to withdraw any forces until India’s forces have withdrawn behind the PRC’s version of the LAC and ceased infrastructure improvements in the area,” it added.

The report also said that officials from China have “warned US officials to not interfere with the PRC’s relationship with India”.