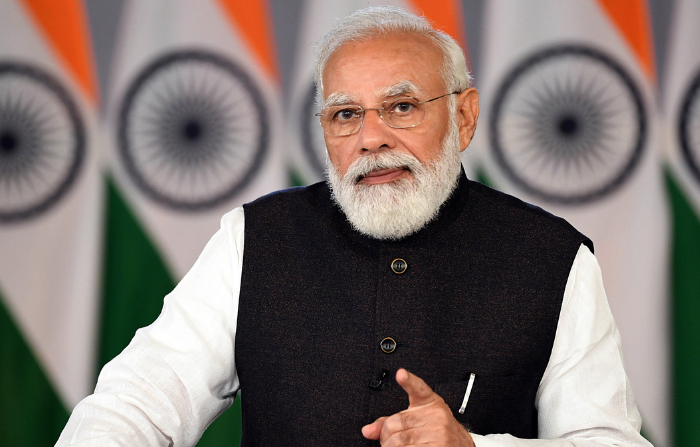 INDIAN prime minister Narendra Modi will on January 10 inaugurate the Vibrant Gujarat Global Summit 2022 in Gandhinagar, the capital of the western state, a senior official on Monday (22) said.

The three-day event will be held on the theme of “From Aatmanirbhar (self-reliant) Gujarat to Aatmanirbhar Bharat’, the official said.

Rajiv Gupta, the additional chief secretary of industry and mines, the government of Gujarat, told mediapersons in Gandhinagar that the Global Trade Show, a roundtable on international financial institutions, will also be organised and a meeting of around 15 Russian governors will take place under the chairmanship of Modi on the inaugural day.

“Tenth Vibrant Gujarat will be inaugurated by Prime Minister Narendra Modi on January 10, 2022…Chief Minister (Bhupendra Patel) has decided to organise this Vibrant event under the leadership of the Prime Minister. The theme of the 10th VGGS is, ‘From Aatmanirbhar Gujarat to Aatmanirbhar Bharat’,” Gupta told reporters.

He also said events during the summit will be organised around schemes of the Modi government such as the ‘Gati Shakti’ Plan, ‘Aatmanirbhar Bharat’, Production Linked Incentive (PLI) schemes, etc.

Gupta said although there is not much time, yet the summit will be as big or even better than the vibrant summits held in the past.

Speaking about the itinerary at the summit, the official said events will be organised on the central government’s ‘Gati Shakti’ Plan on January 11 – how the scheme will help Gujarat in infrastructure and investment. He added that central departments will take part in the event.

On January 12, events on the subject of ‘Make in India’, with a focus on PLI schemes will be organised to discuss at least 13 schemes in different sectors that were announced by the Modi government, Gupta said.

On January 12, events on the topic of ‘Make In India’, with a focus on Production Linked Investment (PLI) schemes, will be held to discuss at least 13 schemes in different sectors which were announced by the central government, Gupta added.

Talks will also be held on how these schemes will help in strengthening industrial development in Gujarat in areas of electric vehicles, hydrogen, battery storage, pharmaceuticals, textiles, etc.

The official said technology will be the focus of events on the third and final day of the summit. He said among the things that will be discussed before the concluding ceremony at the event are – usage of technology such as blockchain and artificial intelligence, how they will help in employment generation and value addition, etc.

A conference and roadshow on micro, small and medium enterprises (MSMEs) will be held during the trade fair on January 11 in which thousands of MSMEs are likely to take part, Gupta said.

He said at least 10 pre-Vibrant events, including a trade fair and international-level seminars and workshops on issues such as textile, health, education and export will be held to discuss how the state of Gujarat and the country as a whole will benefit from the central government’s policies towards a balanced industrial development.

“These events will be organised from December 1 till January 9. Among the pre-Vibrant events, a few like those on start-ups and unicorns of Gujarat government’s i-Create will be a one-of-its-kind event that was never held anywhere else in India,” he said.

He said 4-5 roadshows will even be organised abroad, in countries like the US, Germany, the Netherlands, UK, France, Japan, and the Middle East.

Patel, who took over the reins of the chief minister in September, is tentatively scheduled to visit Dubai, Abu Dhabi and other Middle East countries on December 8-9. The state chief secretary will also visit the US for a roadshow, Gupta said.

“The MoU (memorandum of understanding) signing events will be held every Monday starting today, when MoUs attracting proposed investment of Rs 24,185 crore were signed,” Gupta said.

“There is a tradition of signing MoUs in every Vibrant Gujarat, and we have a strike rate of over 70 per cent. We have kept MoU in such a way that on the first day, around Rs 25,000-crore MoUs were signed in different sectors–chemical, fertilisers, pharma, manufacturing, life sciences etc.

“The MoUs will be signed every Monday till the launch of the summit. All important and big MoUs, and the MoUs with the possibility of converting into a real project. We have informed 15-20 countries to partner through diplomatic channels, and many have been received and others are awaited,” he added.

Vibrant Gujarat, which is a biennial summit, was supposed to be held in January this year but was postponed due to Covid-19 pandemic.

The summit has been held since 2003 when Modi was the chief minister of Gujarat.