Nupur Sharma ally Geert Wilders slams US for condemning her ‘truth’: ‘World is full of cowards’ 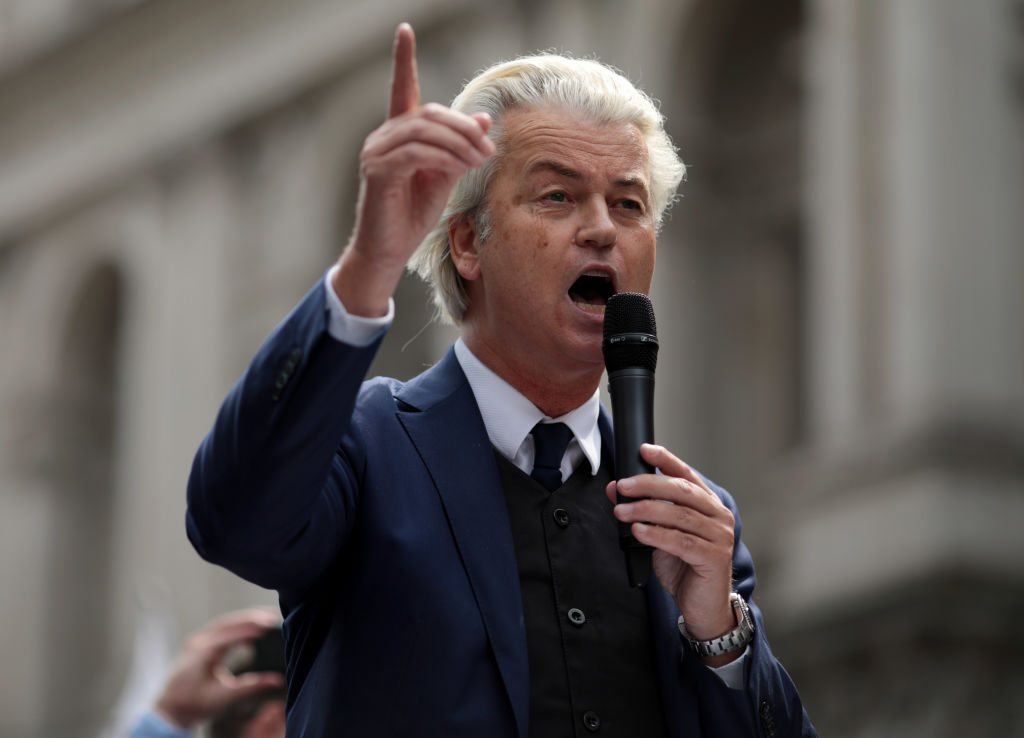 LONDON, ENGLAND – JUNE 09: Dutch Leader of the Opposition Geert Wilders of nationalist Party for Freedom speaks during a ‘Free Tommy Robinson’ Protest on Whitehall on June 9, 2018 in London, England. Protesters are calling for the release of English Defense League (EDL) leader Tommy Robinson who is serving 13 months in prison for contempt of court. (Photo by Dan Kitwood/Getty Images)

GEERT Wilders, the right-wing politician from the Netherlands who backed now suspended Bharatiya Janata Party (BJP) leader Nupur Sharma over her controversial remarks on Prophet Muhammad, have now taken on the US for condemning the remarks.

The 58-year-old Party for Freedom leader, who has been openly supporting Sharma since a major ruckus erupted both in India and abroad over her remarks and the Narendra Modi government faced the wrath of the Muslim world, said in a tweet on Friday (17) that the US state department condemned the truth.

He also said that the world is full of cowards “who are easily intimidated by threats and false political correctness”. He then called Sharma a hero.

The world – unfortunately- is full of dhimmi’s and cowards, easily intimidated by threats and false political correctness.

Wilders said this while posting a tweet by an Indian journalist that showed Ned Price, the spokesperson of the US state department, condemning the remarks made by Sharma and Naveen Kumar Jindal, another BJP member who was expelled in the wake of the controversy.

Has Nupur Sharma, who made comments on Prophet, gone missing?

Price praised the BJP for taking steps against the two officials openly.

On Wednesday (15), Wilders expressed his disappointment on Twitter saying he wanted to meet the Indian ambassador to the Netherlands to convey his support for Sharma but the latter declined to meet him.

As war rages on, humour helps Ukrainians cope with trauma

Indians in Ukraine advised to leave if stay not essential