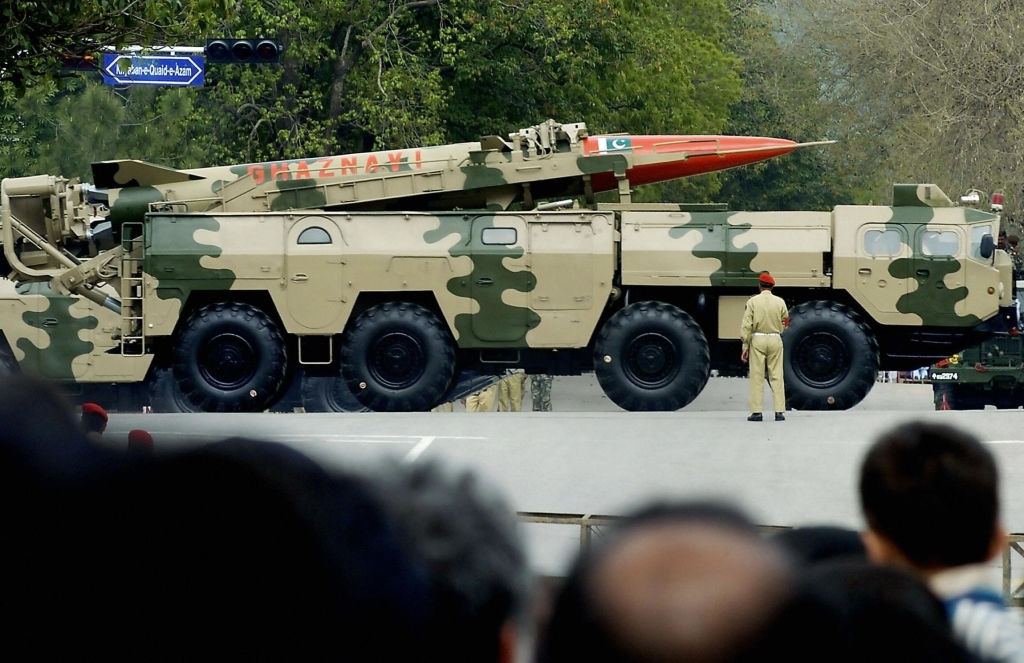 Pakistani spectators look on as a Ghaznavi surface-to-surface missile capable of carrying nuclear warheads with a range of around 290 kilometers (180 miles). (Photo by JEWEL SAMAD/AFP via Getty Images)

PAKISTAN on Thursday (12) successfully test-fired a nuclear-capable surface-to-surface ballistic missile which can strike targets up to 290 kilometres, the army said.

The training launch of the missile Ghaznavi was aimed at ensuring the operational readiness of the Army Strategic Forces Command, besides re-validating technical parameters of the weapon system, the army said in a statement.

As per the military’s media wing, missile Ghaznavi is capable of delivering multiple types of warheads up to a range of 290 km.

Ali appreciated the “excellent standard of training”, handling of the weapon system and execution of launch mission in the field by troops, the statement said.

President Arif Alvi, prime minister Imran Khan, chairman of Joint Chiefs of Staff Committee and the service chiefs have congratulated all ranks of the Army Strategic Forces Command, scientists and engineers on the successful conduct of the launch, the army said.