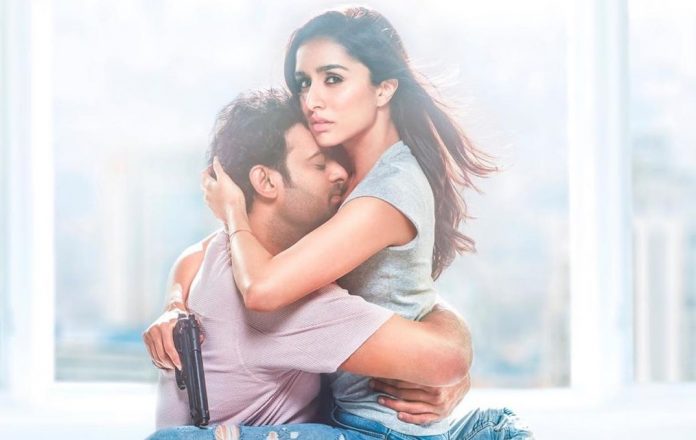 PRABHAS and Shraddha Kapoor starrer Saaho is undoubtedly one of the most awaited films of the year. The trailer and the songs of the film have created a good pre-release buzz. Recently, a pre-release event of the film was organised in Hyderabad which was attended by Prabhas, Shraddha, director of the film Sujeeth and others.

At the event, Prabhas was all praises for Shraddha. He stated, “Shraddha gave her two years to the film. Giving that much time is not a joke. Not even one day we had a production problem. She was so supportive and dedicated towards Saaho. We are lucky to have her. She is a super performer. She is fabulous in action sequences.”

Saaho is a multi-lingual film and while it marks Prabhas’ Hindi debut, Shraddha too for the first time will be making her debut in Tollywood. While talking about it, the actress said: “This is my first Telugu film and I received a very warm welcome. To act with your favourite Prabhas was absolutely amazing. I hope you all like the film.”

Saaho is directed by Sujeeth who is quite young. Prabhas reveals how people were worried if he will be able to carry the film. The actor said: “When we started shooting, the entire team was worried about how Sujeeth will carry such a big film on his shoulders. However, he managed everyone. I think he will become one of the best directors of our industry. It is not easy to handle such a film. I would not be surprised if he goes international.”