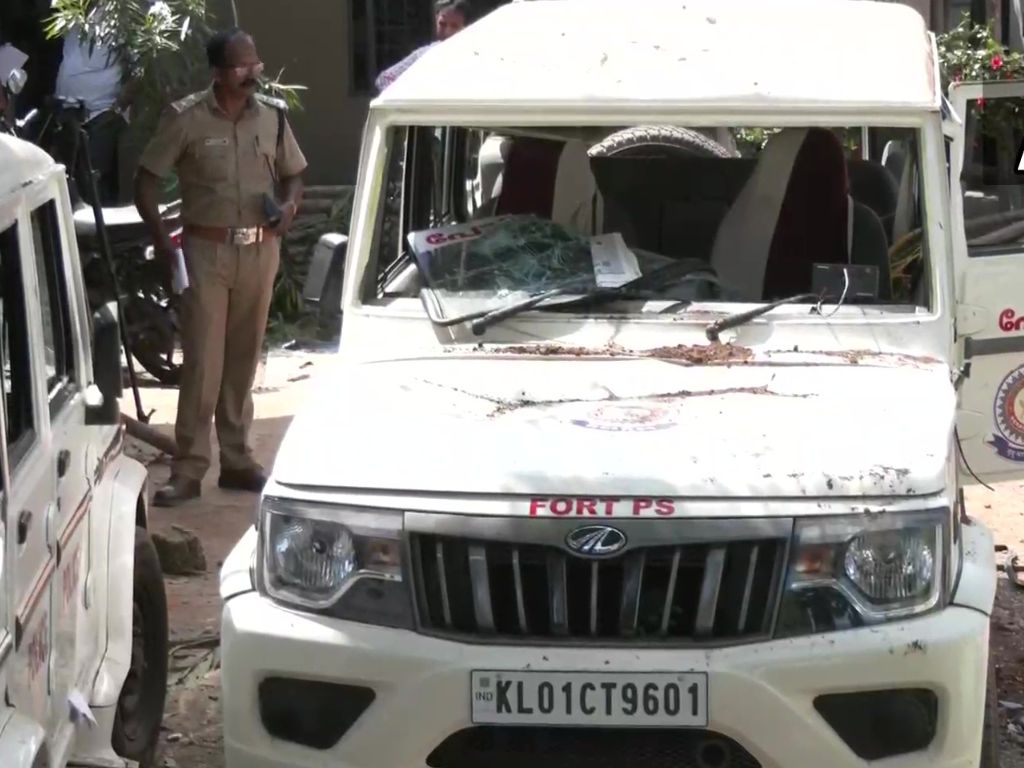 A police vehicle ransacked during an attack by protesters against the Adani Group’s project in Vizhinjam police station in Kerala on Monday, November 28. (Picture: ANI)

A mob of agitators led by the Latin Catholic church Sunday (27) night attacked Vizhinjam police station in the southern Indian state of Kerala in protest against the construction of Adani port, injuring at least 29 policemen and damaging police vehicles.

The mob targeted the police station using sticks and bricks, and attacked police officers after a person was arrested and a few others were taken into custody in connection with the violent protests on Saturday (26).

“At least 29 policemen have been injured and admitted to various hospitals,” a special branch police official told Press Trust of India.

Considering the sensitive situation prevailing in the area, the Kerala government has deployed more police officials from the other districts.

The agitators also attacked media persons who were present at the site. ACV local channel camera person, Sherif M John was attacked by the protesters, who damaged his camera and snatched his cellphone.

He has been shifted to Thiruvananthapuram Medical College Hospital.

Meanwhile, the district administration has initiated a peace talk with the church authorities and its representative, Fr Eugene Perera said the church wants to maintain peace.

“We will speak to the protesters. I came here to resolve the matter in a peaceful manner,” he told media.

Earlier in the day, the state police lodged an FIR against at least 15 Latin Catholic priests, including metropolitan Archbishop Thomas J Netto and Perera, over the violence at Vizhinjam on Saturday.

Television channels aired visuals of the vandalised Vizhinjam police station as well overturned vehicles, including a police van and jeeps. Senior officials, including district collector, city police commissioner and sub-collector, have called a reconciliatory meeting with the protesters at Kovalam animation centre.

The church authorities and government officials are expected to talk to the media after the meeting. Police have arranged tight security in the Vizhinjam region.