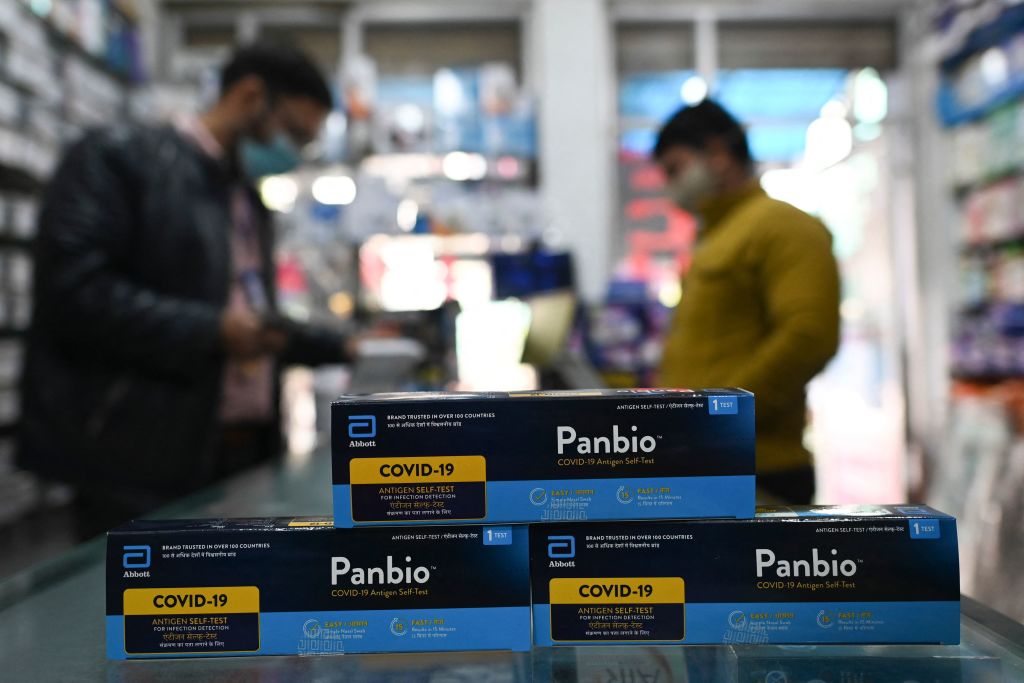 GROWING sales of home self-test kits for coronavirus have pushed Indian authorities to tighten the rules around their sale and fuelling long-held fears of underreporting as cases continue to grow.

In the last week, India recorded over 1.9 million new infections, a rise of 57 per cent on the previous week, as per data compiled by AFP.

Experts have expressed worry that the actual infections and deaths could be much higher in the country of 1.4 billion people as cases are underreported.

Manufacturers of self-test kit and pharmacies, meanwhile, have reported a surge in demand, especially in bigger cities and towns, the report added.

But not all kit users are believed to be sharing the results. Some authorities, including in Mumbai, India’s financial capital, are asking people to report if they test positive and pharmacists and self-test kit manufacturers to report sales, along with customers’ details.

Mylab Discovery Solutions, a leading producer based in Pune which released the country’s first home-test kit last year, said it ramped up production this month from a base of 200,000 kits a day to two million.

“Whatever we are manufacturing is going into the market immediately,” Mylab’s serology head Shrikant Pawar told AFP.

According to experts, the demand has been fuelled by the lower cost of the kit, the retail price of which is rupees 250. The results also come out in 15 minutes instead of the polymerase chain reaction test the result of which comes in 48 hours.

The Indian Council of Medical Research, the country’s apex body for the formulation, coordination and promotion of biomedical research, records some 13 to 16 million tests daily but there are no nationwide figures for the sale or use of self-test kits.

In Mumbai, which is home to 20 million people, the authorities said 125,000 residents have shared results of their self-test with the government since new reporting rules came a week ago.

The city is trying to keep a watch on asymptomatic contacts, even though the national health authorities recently recommended that testing is only needed for those exhibiting symptoms after exposure to positive cases.

“Mumbai is one of the most densely populated cities in the world. So suppose a single person is positive, he may infect 20-30 people,” Suresh Kakani, Mumbai’s additional municipal commissioner, told AFP.

“So even if they are asymptomatic… we should isolate them so that further spread can be checked,” he said.

“You’re seeing test positivity in the big cities in India typically somewhere between 30 and 50 percent,” Gautam Menon, a professor at Ashoka University in Sonipat, Haryana, who has worked on Covid infection modelling, was quoted as saying by AFP.

“It’s an obvious indication that we’re not counting cases accurately. We’re now somewhat far away from understanding the true measure of Covid-19 in India,” he said.