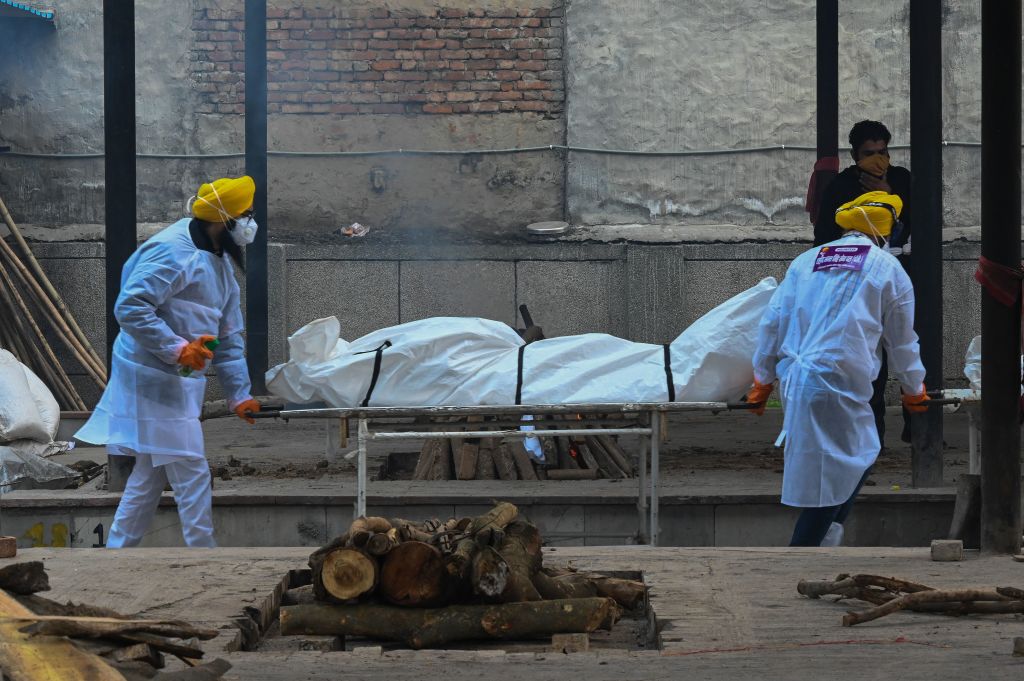 Volunteers carry on a stretcher the body of a person who died due to Covid-19 at a cremation ground in New Delhi, India, in January 2022. (Photo by Prakash SINGH / AFP)

INDIA’S official death toll from Covid-19 on Friday (4) crossed 500,000 but many experts said the actual figures could be more citing underreporting of cases across the country.

On Friday, the daily update from India’s health ministry showed the number of deaths reaching 500,055, up by 1,072 in the previous 24 hours. The total number of infections stood at 41.9 million, the statistics said.

The number of cases in India has surged in the recent weeks because of the outbreak of the highly infectious Omicron variant but the last few days have seen the rates falling. The health ministry said last week that there were indicators of the cases plateauing in many parts of the country.

Experts said the Omicron wave would not be as fatal as the earlier ones and the rate of hospitalisation would be less. Several states that had imposed restrictions have started easing them now.

The analysts are not convinced with India’s death toll and many feel the figure of 500,000 was breached last year itself when the devastating Delta wave swept the nation’s healthcare system. The wave caused at least 200,000 deaths as hospitals ran out of oxygen and patients ran against time to get medicines.

One study by a US research group last year suggested that between 3.4 million and 4.7 million people had perished during the wave.

For several months, several states of India were found reconciling their death tolls and adding “backlog” deaths after the country’s supreme court asked them to provide compensation to families of the deceased.

In January, the Modi government asked the states to halt mandatory testing of contacts of those who tested positive, unless they had underlying health conditions. But it asked them to ramp up testing soon after as the numbers dropped, The Guardian reported.

A rise in sales of home coronavirus self-test kits has also made the speculation over underreporting of cases across India stronger.