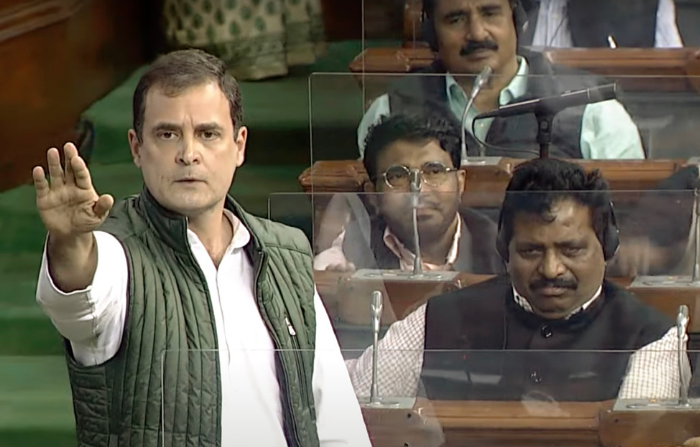 FORMER Indian National Congress president Rahul Gandhi has faced stern reaction both at home and abroad over his critical remarks on the Narendra Modi government’s handling of the foreign policy, especially with regard to the two rival neighbours of Pakistan and China.

While India’s external affairs minister Subrahmanyam Jaishankar schooled the opposition leader by picking historical facts to suggest that bonhomie between Islamabad and Beijing was nothing new and had existed even when the Congress was in power, official sources in the US said that Washington “wouldn’t endorse” Gandhi’s remarks on India’s foreign policy.

“Ask yourself why you are not able to get a guest on Republic Day. We are completely isolated and surrounded… You have brought Pakistan and China together and this is the single biggest crime you could have committed against the people of India,” Gandhi said in his fiery speech in the parliament a day after Indian finance minister Nirmala Sitharaman presented the annual budget.

When US state department spokesperson Ned Price was asked over ties between Pakistan and China by reporters in Washington DC in the context of Gandhi’s remarks, he said he “would not endorse” them.

“I will leave it to the Pakistanis and the PRC (People’s Republic of China) to speak to their relationship. I certainly would not – would not endorse those remarks,” Price said, adding countries are not needed to choose between the US and China.

American partnership, however, has a series of advantages, Price said, adding Pakistan is a “strategic partner of the United States”.

Gandhi had on Wednesday slammed the Modi government saying it committed a crime against the people of India by bringing Pakistan and China together.

“The Chinese have a very clear vision of what they want to do. The single biggest strategic goal of India’s foreign policy has been to keep Pakistan and China separate. What you have done is, you have brought them together,” Gandhi said.