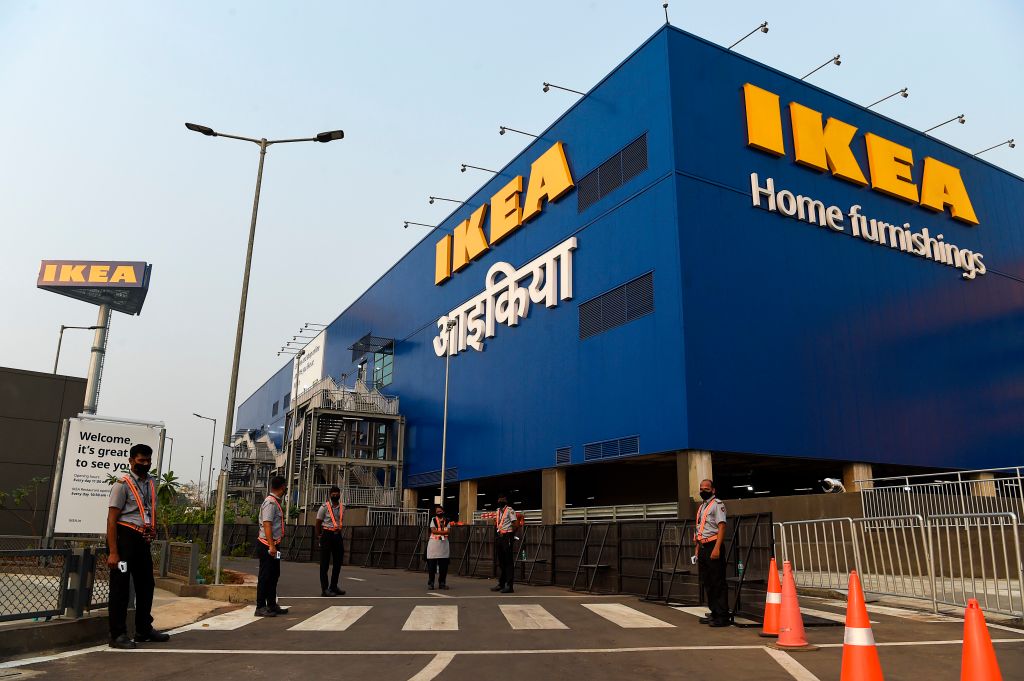 Security personnel stand guard at the entrance of a IKEA store in Mumbai, India. (Photo by PUNIT PARANJPE/AFP via Getty Images)

IKEA India plans to source more products locally to combat rising inflation, as the Swedish furniture group looks to sell more to the country’s burgeoning middle class with the launch of its latest store on Wednesday (22).

The company’s fourth and biggest store in India opened in the country’s tech hub of Bengaluru, four years after IKEA entered the Indian market.

The store, spread over 460,000 square feet, will sell a wide selection of the brand’s home products and furnishings, including the popular Billy bookcase and Fargrik mugs.

The furniture maker is betting big on home furnishings in Bengaluru, where rental spaces are more affordable and bigger than Mumbai, where IKEA has two stores.

As prices soar, the average Indian is becoming more conscious of spending on non-essential items.

“We need to work on local sourcing which will help us to lower prices even more. We are working with our own costs to keep them down as much as possible, so that is how we navigate with affordability,” Susanne Pulverer, Chief Executive Officer and Chief Sustainability Officer at IKEA India told Reuters on Tuesday (22).

IKEA sources about 25 per cent to 27 per cent of its products locally, with a goal to increase that to at least half in the long term.

The company said it had been sourcing textiles and carpets locally in India for a long time and it planned to broaden that to its wood-based flatline furniture.

Still, the high import duty has always been a sore point for global corporates to operate in India, with import tax on furniture at 25 per cent.