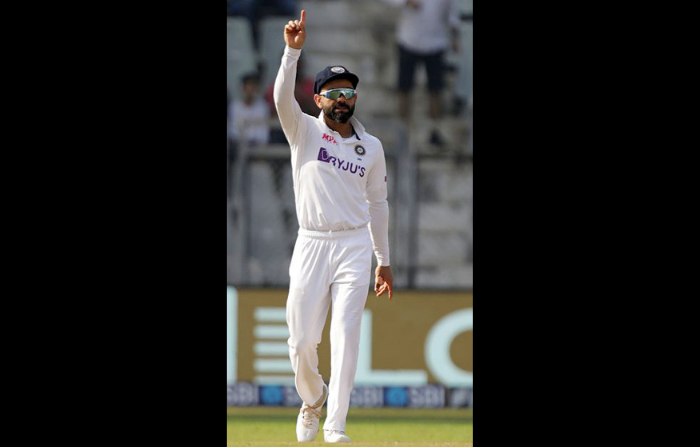 INDIA regained the top rank in Test cricket on Monday (6) when they thumped New Zealand by 372 runs in just over three days in the second Test at the Wankhede Stadium in Mumbai to clinch the two-game series 1-0.

This was India’s first win in the current World Test Championship and they took a lead of three points over prevailing Test world champions New Zealand to take the top spot in ICC Test rankings.

India will next play South Africa in three Tests in their den starting on December 26, the Boxing Day, and will be eyeing their first-ever series win in the African nation, the only country where they have not won a Test series yet.

Australia and England will also have a chance to improve upon their points as they are set to clash in the Ashes starting Wednesday (8).

Kohli, who returned as India’s Test captain in Mumbai after skipping the first match in Kanpur, registered his 39th win in 66 games and now has at least 50 wins as a player in each format of the game.