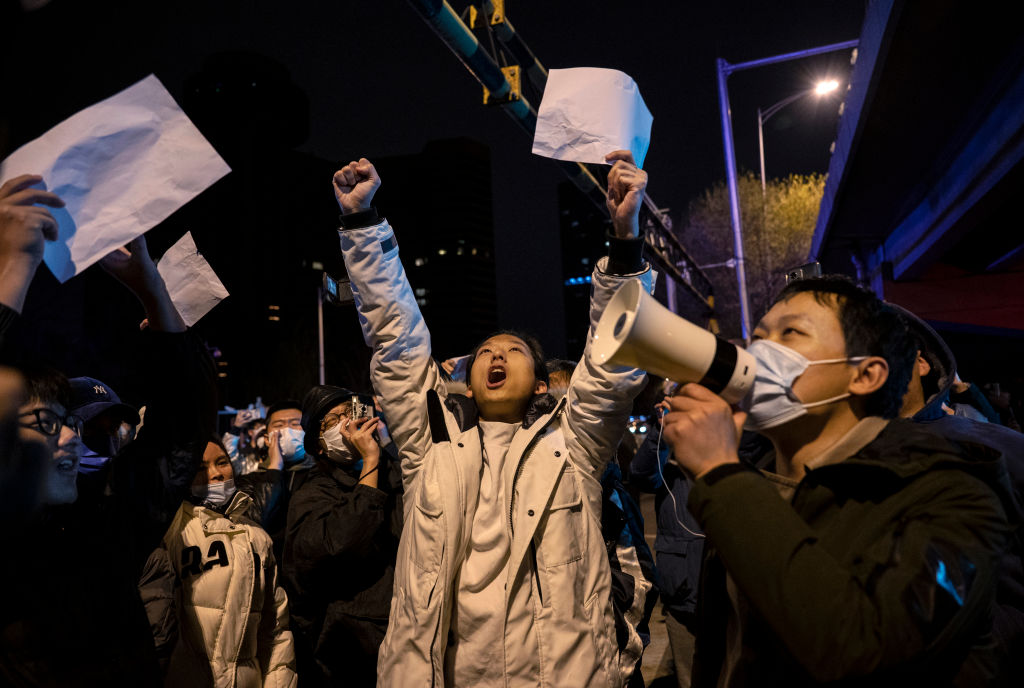 With China facing more protests over its draconian ‘Zero Covid’ policy, the authorities have moved to censor online content on the demonstrations against authorities. There were even calls seeking the resignation of president Xi Jinping, the powerful leader who last month secured a third term.

The protests have been fuelled by people’s anger over the government’s zero Covid policy under which the authorities have implemented snap lockdowns, lengthy quarantines, and mass-testing campaigns over not too many cases.

Last week, a deadly fire broke in Urumqi, the capital of the country’s Xinjiang region and it became a fresh catalyst for people’s protest with many holding the lockdowns responsible for hampering rescue operations. The authorities though denied the charges.

Hundreds were seen gathering outside the government offices in Urumqi after the fire, demanding withdrawal of the lockdowns.

China blamed “forces with ulterior motives” for linking the fire to the Covid restrictions. Its foreign ministry said Beijing’s fight against the disease will be successful.

On Sunday (27) night, several hundreds of people assembled on the banks of a river in Beijing for hours with many shouting: “We are all Xinjiang people! Go Chinese people!”

In Shanghai, the country’s biggest metropolis, police clashed with protesters, as officers tried to remove them. Some of them were even heard demanding president Xi Jinping and the ruling Chinese Communist Party to give up power. Three persons were arrested from a protest site in the city.

A journalist from the BBC was arrested in the country who was handcuffed and beaten by the law-keepers while covering the protests in Shanghai. The country’s foreign ministry responded to the uproar over the journalist’s arrest saying he had not identified himself as a media person.

Protests were also reported from Wuhan, the city where Covid-19 had first emerged, besides in Guangzhou, Chengdu, and Hong Kong.

State censors appeared to have removed any news about the rallies from the Chinese social media.

China reported 40,052 domestic Covid-19 cases Monday (28), a record high but much less compared to those in the West at the peak of the pandemic.