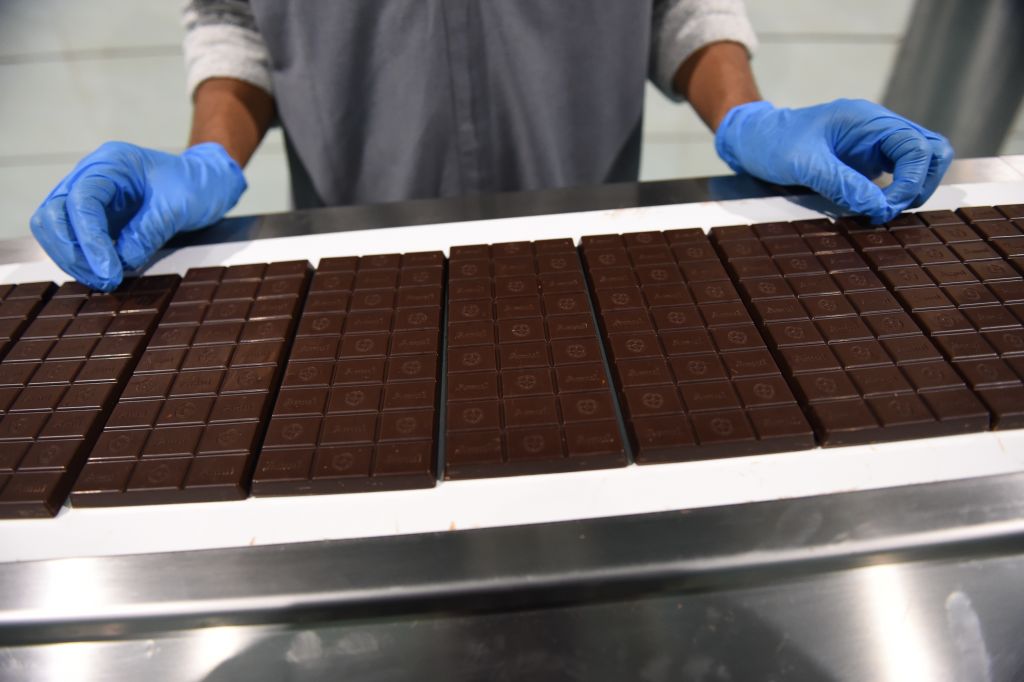 A worker arranges chocolate at Amul Dairys chocolate plant in Mogar village near Ahmedabad in the western Indian state of Gujarat. (Photo by SAM PANTHAKY/AFP via Getty Images)

WITH more Indians salivating for chocolate, cocoa import to the South Asian nation has seen a sharp growth as sluggish production of beans has failed to cater to the rising demand of indulgence.

According to a report by Moneycontrol, chocolates are fast replacing traditional sweets, thanks to a change in both taste and lifestyles of consumers. As a result, imports have gone up 25 per cent in FY22, more than the single-digit growth witnessed in the past few years.

“Demand for dark chocolates has been going up because of health concerns. Earlier, people did not favour them much because of the bitter taste,’’ said G S Ram, chief executive officer of Lotus Chocolate Company Limited, Hyderabad in the southern Indian state of Telangana told Moneycontrol.

Home consumption of chocolates has seen a big rise and the chocolate companies are trying to capitalise on the fact that customers are more concerned about their health safety. Especially among the younger generations, organic, vegan and sugar- and gluten-free chocolates are becoming hugely popular.

As per a market research and consultancy firm IMARC, the Indian chocolate market, which is one of the world’s fastest-growing, touched $2.2 billion in 2021, the report added. It expects that the market will reach $3.8 billion by 2027 at a CAGR of 9.1 percent.

It also said that India’s strong economic growth over the past decade has resulted in the strong growth of the chocolate industry. Consumers with a bigger disposable income are now buying chocolates for everyday consumption rather than just on special occasions.

The rise of cocoa imports

From 89,069 tonnes of cocoa beans and products, which include mainly cocoa powder and butter in FY21, India’s import rose to 1,11,187 tonnes in FY22, according to the data of Directorate of Cashewnut and Cocoa Development, Moneycontrol reported.

The increase in import was about five per cent in FY21 from the previous year.