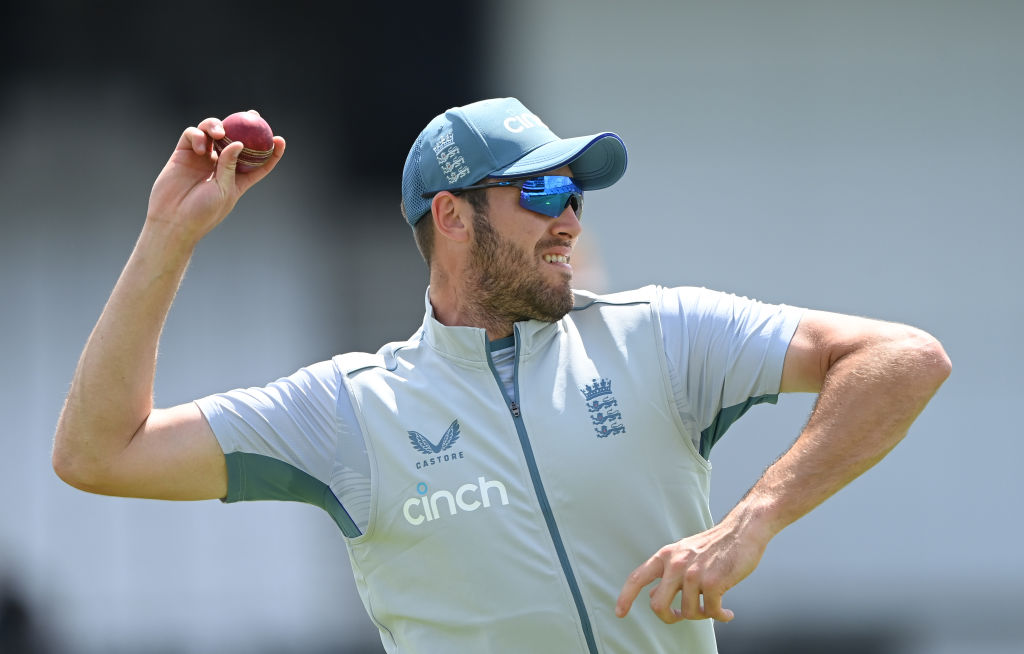 LEEDS, ENGLAND – JUNE 21: Jamie Overton in fielding action during nets ahead of the third Test Match between England and New Zealand at Headingley on June 21, 2022 in Leeds, England. (Photo by Stu Forster/Getty Images)

JAMIE Overton will make his England Test debut in the third and final match of the New Zealand series at Headingley, captain Ben Stokes announced Wednesday (22).

England have an unassailable 2-0 lead against the world Test champions, following five-wicket wins at Lord’s and Trent Bridge.

Overton’s selection for the match, which starts on Thursday (23), means his twin brother, Craig, misses out.

“Unfortunately Jimmy’s not pulled up as well as we would have liked him to, so Jamie Overton’s going to make his debut this week,” Stokes told Sky Sports.

“It’s unfortunate for Jimmy, but we’ve got a massive test against India coming up as well. I’m not too sure how serious it is to be honest. He’s just got a bit of a puffy ankle.

“Jamie’s been very impressive, the way that he’s bowled. We always want a point of difference in our side, bowling with serious pace and changing games as well.”

Stokes was absent from practice nets on Tuesday after feeling unwell, delaying his trip to Leeds on a precautionary basis but he joined the group on Wednesday.