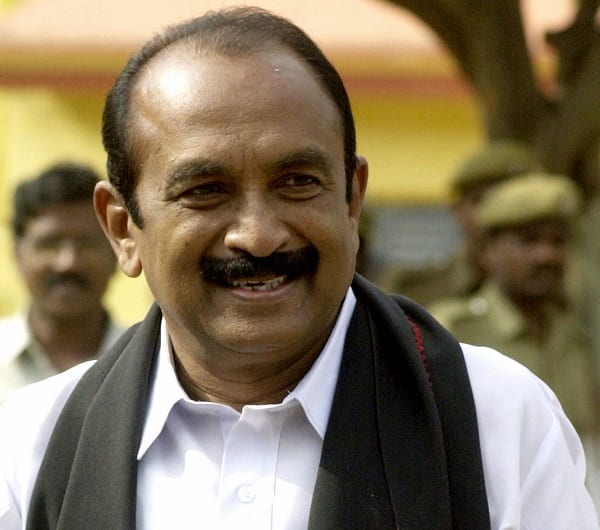 Vaiko’s counsel questioned the conduct of the Jammu and Kashmir administration and claimed that few minutes before the apex court was scheduled to hear his petition on September 16, Abdullah was detained under the PSA (Photo: DIBYANGSHU SARKAR/AFP/Getty Images).

THE Supreme Court Monday (30) refused to entertain further the plea of Rajya Sabha MP Vaiko seeking production of National Conference leader Farooq Abdullah before it and said the MDMK leader could challenge the order detaining the former Jammu and Kashmir chief minister under the Public Safety Act (PSA).

“He (Abdullah) is under detention under the Public Safety Act,” a three-judge bench headed by Chief Justice Ranjan Gogoi said.

“Nothing survives in this petition,” it added.

Vaiko’s counsel questioned the conduct of the Jammu and Kashmir administration and claimed that few minutes before the apex court was scheduled to hear his petition on September 16, Abdullah was detained under the PSA.

The bench, also comprising justices S A Bobde and S A Nazeer, said it is open for the petitioner to challenge the order detaining Abdullah under the Jammu and Kashmir PSA in appropriate proceedings.

Abdullah, 81, a five-time parliamentarian, is under detention following the scrapping of the state’s special status under Article 370.

The top court had on September 16 directed the Centre and the J&K administration to respond to Vaiko’s plea which had sought that Abdullah be produced before the court.

Vaiko’s counsel had earlier told the apex court that there were conflicting claims about Abdullah’s status and he was illegally detained by the authorities, which was an attack on his fundamental rights under the Constitution.

In his plea, Vaiko, who said he has been a close friend of Abdullah for the last four decades, had contended that the constitutional rights conferred on the NC leader were being denied on account of his “illegal detention without any authority of law”.