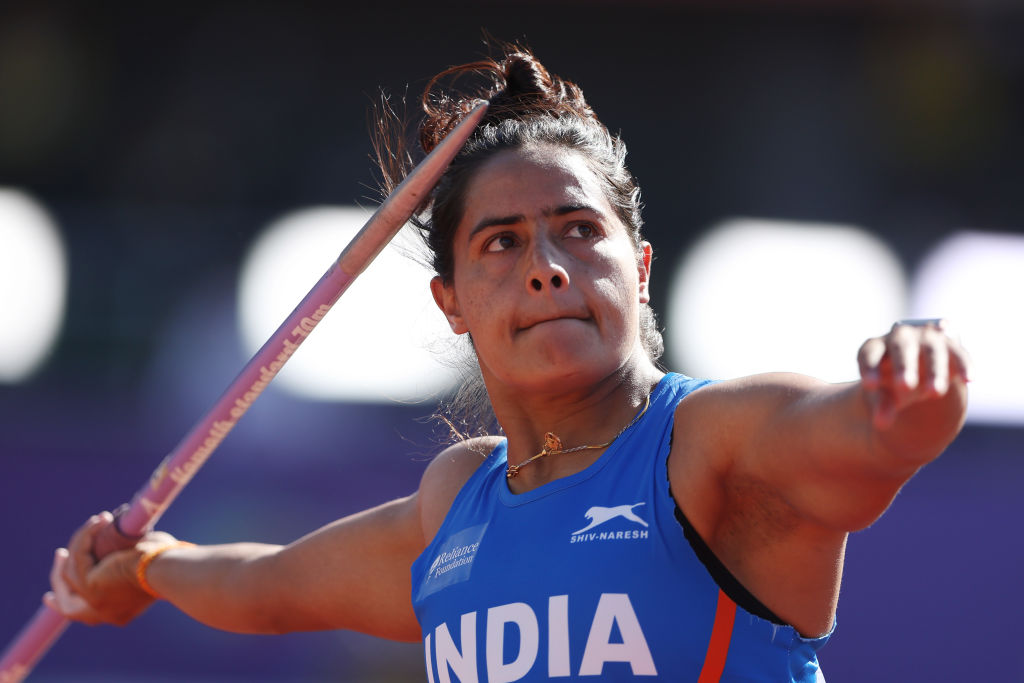 INDIA’S Annu Rani finished seventh in the women’s javelin throw final with a below-par effort of 61.12 metres (m) at the World Athletics Championships in Eugene in Oregon, the US .

The national record holder had qualified for the final as eighth best in the qualification round with a throw of 59.60m.        Defending champion Kelsey-Lee Barber of Australia won the gold with a best and world leading throw of 66.91m. American Kara Winger took the silver with a last round effort of 64.05m, while Japan’s Haruka Kitaguchi of Japan won a surprise bronze with her best throw of 63.27m.

Olympic champion Shiying Liu of China was fourth with a best performance of 63.25m.

This was Rani’s third appearance in the showpiece. She had finished eighth in the finals with a best throw of 61.12m in the last edition in 2019 in Doha. She could not qualify for the finals in 2017 in London after finishing 10th in her qualification group.

Annu had broken her own national record with a throw of 63.82m while winning gold during the Indian Open Javelin Throw Competition in May in Jamshedpur.

All eyes will now be on superstar javelin thrower Neeraj Chopra as he seeks to add a World Championships medal to the Olympic gold he won in Tokyo last year.

If the 24-year-old Chopra wins in the final on Sunday (7:05am IST), he will become only the third male javelin thrower to follow Olympic success with World Championship gold after Norway’s Andreas Thorkildsen (2008-09) and world record holder Jan Zelezny of Czech Republic in 2000-01 and 1992-93.

Chopra will have company in Rohit Yadav, who has qualified for his maiden finals after finishing sixth in Group B qualification round, and 11th overall, with a best throw of 80.42m.

Before Chopra’s event, triple jumper Eldhose Paul will also compete in his maiden final (6:30am IST) while the men’s 4x400m relay team will start the day for the Indians (6:10am IST) in the heat race.