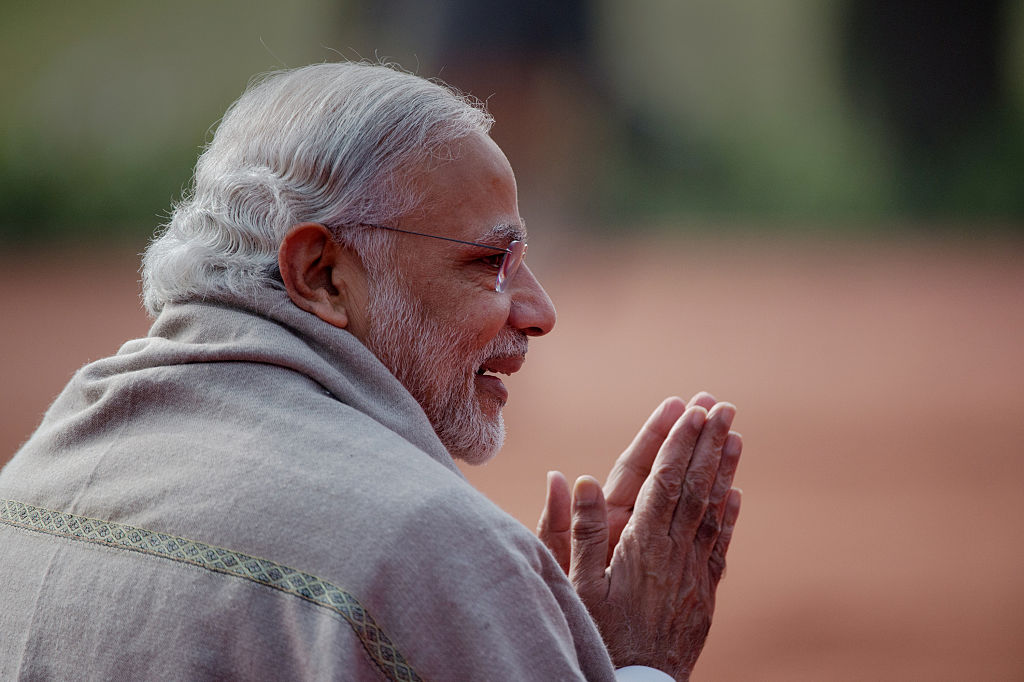 INDIAN prime minister Narendra Modi has an image of a ruler with an iron will, one who is never afraid to take the best step for his country. On Friday (19), however, the world saw the ‘Hindu Hriday Samrat’ (the ruler of the Hindu heart) retreating to repeal the three controversial farm laws that his government passed last year, following months of agitation staged by the peasant community which alleged that the laws were not in their favour.

The step, as it is always with Modi, has left India’s political society polarised. The opposition is understandably ecstatic for they have tasted in it a rare victory over Modi but experts have felt that the prime minister erred by prioritising politics over farmers’ welfare.

The half-filled glass is subject to all sorts of interpretation. But there is no denying the fact that Modi is a politician who doesn’t always take the traditional path. The common analysis into his decision to repeal the laws is elections are upcoming in a number of northern states, including Uttar Pradesh and Punjab where the farmers’ protest has been felt.

There are certainly reasons that made Modi to take the call. There could be a possibility that former Punjab chief minister Captain Amarinder Singh join his newly formed Punjab Lok Congress with the Bharatiya Janata Party to help the saffron party gain some solid ground in Punjab where its strength has been reduced ever since the divorce with the Shiromani Akali Dal (SAD) over the same issues of farmers’ protest.

Ronki Ram, a senior professor of political science in Panjab University, though does not feel that Singh would be able to turn around his political fortune if he holds the BJP’s hands now because he thinks the people of Punjab has seen the man over the last four-and-half years and will not trust him much. “I don’t see a merger between Captain Singh’s party with the BJP is a possibility,” he told India Weekly.

Naresh Gujral, a Rajya Sabha member from the SAD, feels even if Captain Singh’s party allies with the BJP, there would not be much of a difference since the upcoming elections in Punjab is a two-way race between the ruling Indian National Congress and the SAD.

Will SAD return to NDA after Modi’s decision?

Could the SAD also return the BJP-led National Democratic Alliance since the farmers’ protest is the only issue over which the party had left the alliance? Gujral, who said Modi’s decision to repeal the laws is essentially a triumph of democracy, told India Weekly that it is too early now to take a call on that. “Abhi to laws repeal bhi nehi hua hain (the laws have not been actually repealed yet), our party will meet on this and talk,” he said.

But there is perhaps something more to the story than just the political. Indian home minister Amit Shah lauded Modi’s announcement saying the latter showed “remarkable statesmanship”. Perhaps that is the most important term that needs to be applied in analysing the prime minister’s decision.

What is unique about PM @narendramodi Ji's announcement is that he picked the special day of ‘Guru Purab’ to make this announcement. It also shows there is no other thought except the welfare of each and every Indian for him. He has shown remarkable statesmanship.

Modi today has reached a level where one back step could do him more good than bad. He chose the birth anniversary of Guru Nanak Dev, the founder of Sikhism, to announce his decision – something that will connect well with the people of Punjab and eventually brighten the prime minister’s image among them. Modi of course still needs to win states like UP and Punjab, but he also aims to leave behind the legacy of a statesman. The technicalities about the farm laws and their withdrawal can be debated later. At the moment, the BJP leader showed that he is someone who doesn’t care about losing a battle but is more focused on winning the war against political mortality.

Ask him about withdrawing some other controversial moves that his government has taken, like putting Jammu and Kashmir under direct rule of New Delhi. Will the response be as liberal?

Critics will say that Modi lost to democracy but he actually used it in his favour.