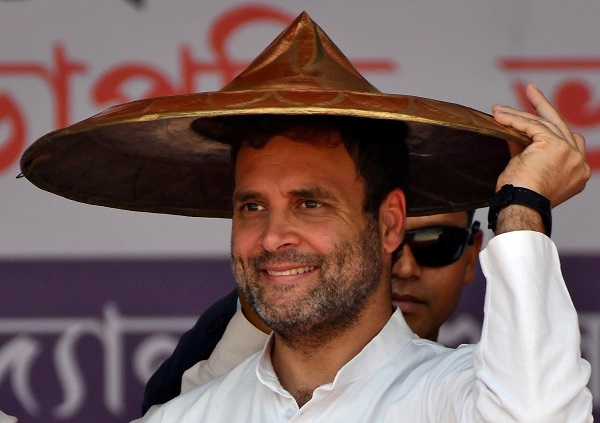 A PATNA-bound flight with Congress president Rahul Gandhi on board was forced to return to Delhi on Friday (26) after experiencing ‘engine trouble’, prompting aviation regulator DGCA to launch a probe into the incident.

Gandhi wrote this on Twitter and also posted a video of the flight which shows him, the pilot and the co-pilot in the plane.

“Engine trouble on our flight to Patna today! We’ve been forced to return to Delhi,” Gandhi tweeted.

A senior Directorate General of Civil Aviation (DGCA) official said the Hawker 850 XP aircraft VT-KNB returned to Delhi due to a technical snag.

“The DGCA has initiated investigation as per the laid down procedure,” he said.

The aircraft landed safely in Delhi at 10.20 am IST.

Ten people, including two crew members, were on board when the incident occurred, the official said.

Gandhi is on a campaign trail, criss-crossing the length and breadth of the country for the Lok Sabha polls.

This is not the first time Gandhi’s plane has experienced trouble mid-air.

On April 26 last year, a plane carrying Gandhi and some others from Delhi to Hubballi airport in Karnataka for campaigning for assembly polls developed a technical problem and tilted heavily on the left side.

The plane dipped steeply with violent shuddering, but soon recovered and landed safely.

The DGCA had come out with its 30-page report on that incident in which it pinned the blame on the pilots for the near-crash of the Congress president’s chartered plane.

After the incident, Gandhi had expressed his desire to go on Mansarovar Yatra, which he undertook later that year.