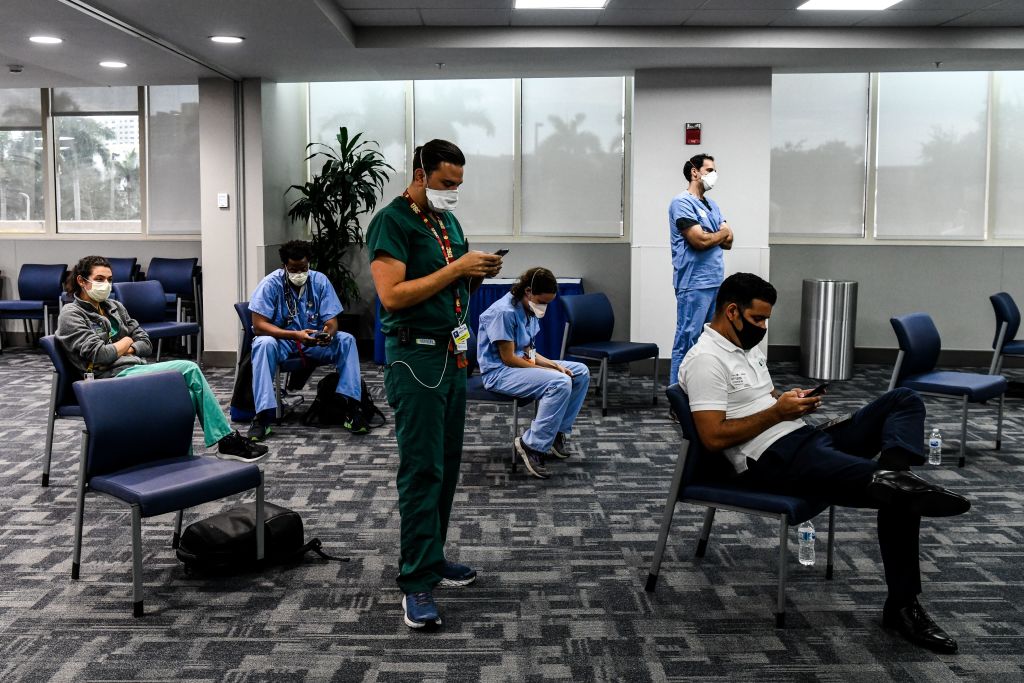 More than 120,000 coronavirus cases were reported in the US in the past 24 hours, smashing a daily record set the day before, according to a tally by Johns Hopkins University.

On Wednesday, 99,660 new cases of the virus were reported. Thursday’s tally shatters that record by 23,425 cases.

While deaths remain lower than their worst levels in the spring, Thursday was also the third day in a row that fatalities were above 1,000. The last time people were dying at that rate of Covid-19 in the US was early September.

More than 9.6 million people have been infected and 234,000 have died in the United States so far during the pandemic, by far the highest tolls in absolute terms globally.

The new record comes as US President Donald Trump, who survived a bout with Covid-19 in October and insists the virus will “disappear,” was fighting for his political life Thursday with vote-counting from Tuesday’s presidential election still ongoing.

His Democratic election rival Joe Biden has sought to turn the vote into a referendum on Trump’s handling of the crisis, and vowed to listen to scientific recommendations on handling the pandemic should he take the White House.

With coronavirus cases surging across the country since mid-October, more than 100 million voters cast their ballot by mail or in person before Election Day — the highest number of early voters ever — as many Americans sought to avoid crowded polling booths.

The final election results have been partly delayed by the high number of mail-in ballots, which Trump alleges without evidence are fraudulent.

Health officials in some states have already sounded warnings about their ability to handle an influx in hospitalizations as the winter flu season looms.

The pandemic has also slammed the US economy, fueling a historic contraction in growth and tens of millions of job losses.