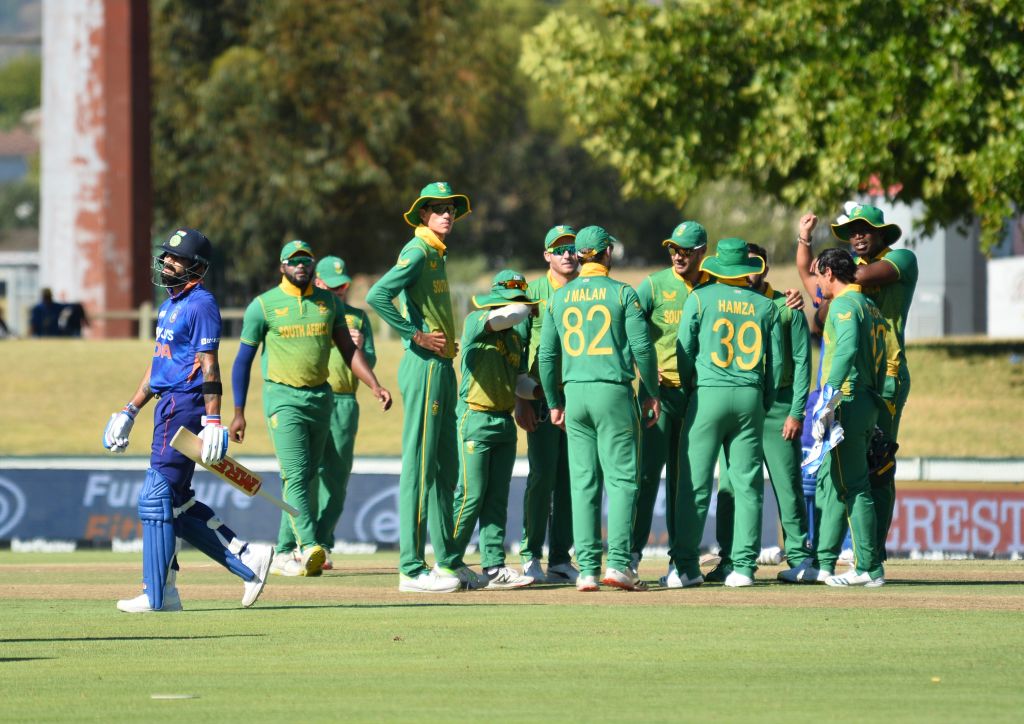 INDIA’S poor start in cricket in 2022 continued into the white-ball format as they lost to South Africa by 31 runs in the first match at Boland Park, Paarl, on Wednesday (19). Winning the toss and batting first, the home team scored 296 for 4 in 50 overs. In response, India managed 265 runs for the loss of eight wickets in their stipulated overs.

The teams will meet for the second of the three one-day matches at the same venue on Friday (21).

The visiting team’s high point in the day remains former captain Virat Kohli’s achieving a massive feat of becoming India’s highest run-getter in away one-day internationals. Kohli, who made 51 in the match, went past the great Sachin Tendulkar while on nine to rewrite the record. Tendulkar has scored 5,065 runs in the away one-day internationals in a career that lasted more than two decades.

Earlier in the day, the home team recovered well from a shaky start in which they were reduced to 68 for 3. A couple of centuries from captain Temba Bavuma (110) and Rassie van der Dussen (129 not out) saw them posting a challenging total of 296. The duo added 204 runs for the fourth wicket – the second-highest by a South African pair against India in the 50-over format. It was Bavuma’s maiden hundred in one-day internationals while for van der Dussen, it was his second ton and career-best knock in this format.

Jasprit Bumrah, who is India’s vice captain in the series, was the most successful bowler with two wickets for 48 runs while senior spinner Ravichandran Ashwin picked one.

In response, India openers KL Rahul (12) and Shikhar Dhawan (79) added 46 runs and after stand-in skipper Rahul departed, Kohli added 92 runs with Dhawan. India were looking strong at 138 for 1 but the dismissals of both set batters within a span of 14 runs pegged India’s chase back. Rishabh Pant (16) and Shreyas Iyer (17) had a start in resurrecting the innings but they got out in consecutive overs and India never looked strong after that. Debutant Venkatesh Iyer managed only two while Ashwin made seven.

India were in danger of getting bowled out well within the 50 overs but for Shardul Thakur who made a brisk 50 not out off only 43 balls to add an unbeaten 51 runs with Bumrah (14 not out) for the ninth wicket.

Van der Dussen was adjudged the player of the match.