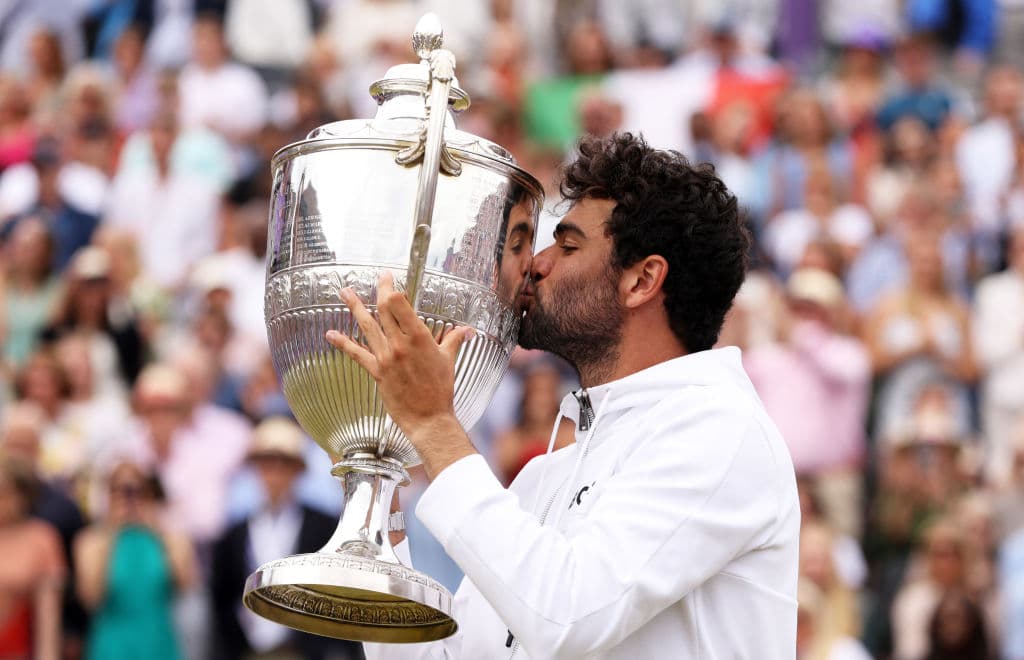 Only the brave would bet against Novak Djokovic retaining his Wimbledon title or Rafa Nadal keeping his calendar-year Grand Slam hopes alive, but the form and fitness of the duo offers others a rare opportunity at the grasscourt major this year.

A stop-start year due to being unvaccinated against COVID-19 means world number three Djokovic has still not hit top gear, while Nadal’s attempt to capture a record-extending 23rd Grand Slam title will hinge on his recovery from a foot injury.

Hoping to take advantage will be the likes of last year’s finalist Matteo Berrettini, who warmed up for the tournament by retaining his Queen’s Club title, and 2017 runner-up Marin Cilic who is seeking a second Grand Slam crown.

The Italian world number 11 with a booming serve also beat Murray for the Stuttgart title and is in red-hot form heading into Wimbledon having won 20 of his last 21 matches on grass.

His one defeat came against Djokovic in four sets in last year’s final, but Berrettini has the game and belief to go all the way.

“I arrived in Stuttgart, wasn’t feeling great,” Berrettini said. “I wasn’t hitting the ball how I wanted and I was like ‘I think it is going to be tough’. But it has gone pretty well.

“The last thing I expected was to come back from surgery and win two titles in a row.

“I don’t know if it’s too much hype or not but I’d be lying if I told you that the main goal is not to win Wimbledon. I may be one of the ones you can bet on but there are others. Rafa Nadal wasn’t there last year and it’ll not be easy.”

Unlike Berrettini, Cilic heads to the Grand Slam with the experience of winning a major and although his U.S. Open triumph came in 2014, the Croatian showed he can never be counted out by reaching the French Open semi-finals this month.

The 33-year-old’s best run at Wimbledon took him to 2017 final, where he ran into an inspired Roger Federer and lost in straight sets.

“For me, the journey keeps going, and hopefully there’s going to be another great moment,” Cilic said after his Roland Garros defeat by eventual runner-up Casper Ruud.

The spotlight will also be on teenager Carlos Alcaraz as the Spaniard continues to impress in his breakthrough year on Tour, while Stefanos Tsitsipas must raise his game on a surface that has not been kind to him to emerge as a genuine contender.

Poland’s Hubert Hurkacz is another dark horse after he signalled his ambitions with a 6-1 6-4 victory over world number one Daniil Medvedev in the Halle title clash.

“I’m super excited, I’ve been waiting a bit for my first title this year,” Hurkacz said. “I’m happy to win my first ATP 500 title and, of course, on the grass, it’s very special.”