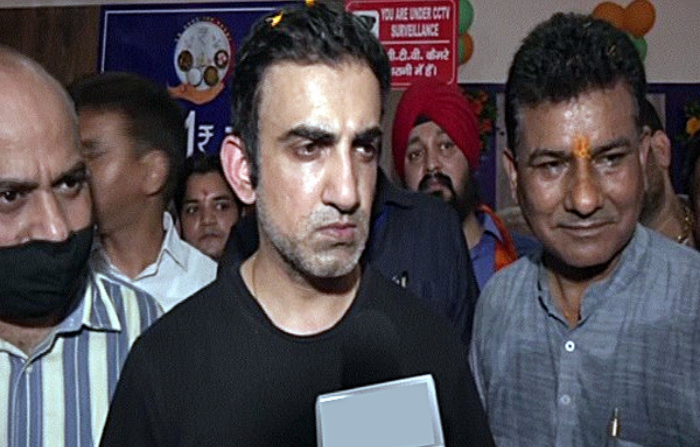 BHARATIYA Janata Party (BJP) parliamentarian Gautam Gambhir on Wednesday (23) approached the Delhi Police alleging that he and his family have received death threats from ‘ISIS Kashmir’.

The local police said security had been beefed up outside Gambhir’s residence and an investigation was underway.

“Gautam Gambhir has received death threats from ISIS Kashmir through e-mail. Security has been beefed up outside his residence,” senior police officer Shweta Chauhan said.

“The police are currently inquiring into the source of the complaint,” the police officer added. The police, however, added that a first information report has not been registered in the matter yet as a probe was underway.

Along with the police’s cyber cell, an inquiry is also being carried out by the special cell. “We are looking into the matter,” a senior officer from the special cell was quoted as saying by the Press Trust of India.

Gambhir, a 40-year-old former national cricketer who was a member of the World Cup-winning teams of 2007 and 2011, said he got the threat on Tuesday (23) night. He represents East Delhi in Lok Sabha, the lower house of the Indian parliament.

Speaking to India Weekly, Gaurav Arora, personal secretary to Gambhir, said the relevant agencies were working on the matter after they informed the police about it. He refused to comment when this channel asked him whether there was any specific reason over which the death threats have come.