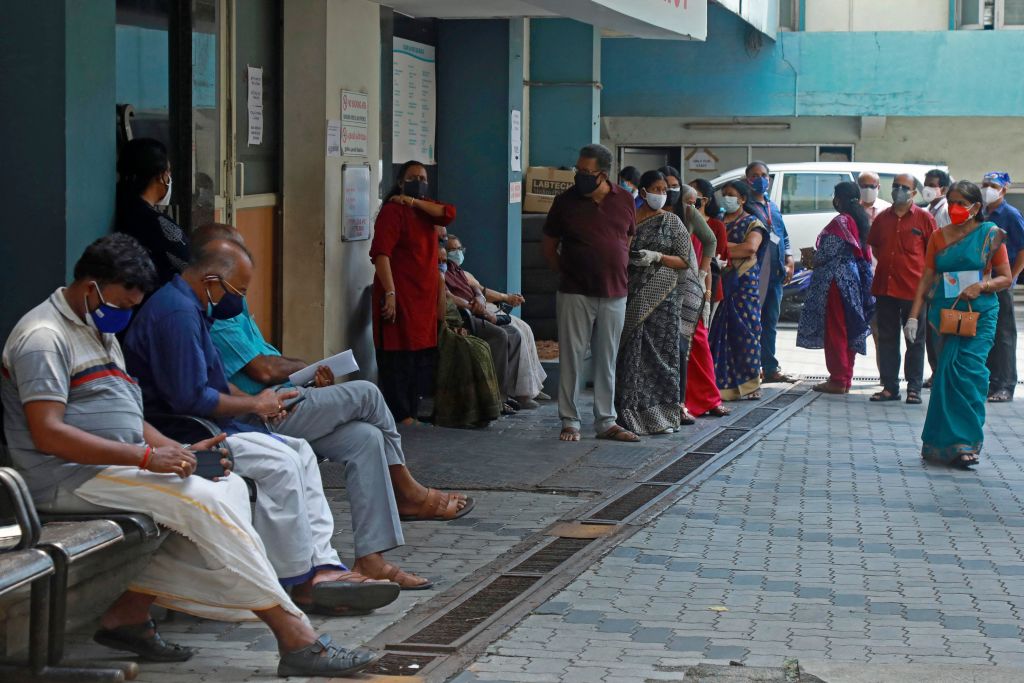 People wait for their turn to get a dose of the Covid-19 coronavirus vaccine at a Covid treatment centre in Kochi on May 7, 2021. (Photo by ARUNCHANDRA BOSE/AFP via Getty Images)

India’s Kerala state announced a two-day lockdown as federal authorities planned to send experts to fight the spread of infections in the country’s leading Covid-19 hotspot.

Kerala, with an active caseload of around 154,000, accounts for 37.1 per cent of India’s total active cases. Its case positivity rate indicating the pace of spread in infections is now the country’s highest.

“Special intensified stringent restrictions are being implemented in the areas where the test positivity rate is high,” the state’s department of disaster management said in a statement announcing a “complete lockdown” from Sunday.

On Thursday (29), the federal government said it was sending half a dozen experts to monitor Kerala’s worst-hit areas and work with state authorities on strategies to contain the outbreak.

India’s central government has left decisions on lockdowns and reopenings to local state authorities, leading to an uneven response that experts say has allowed new hotspots to develop even as infections fall in previous epicentres.

The western state of Maharashtra, India’s industrial hub, was the second-most affected in the country, accounting for over 20 per cent of the overall cases, official data showed.

The reproduction rate, or R-value, of Covid-19 in India, hit 1 on July 24 for the first time since May when daily infections were near a peak of 400,000, raising the risk of an even faster spread of infections.

“The increase (in R-value) is expected as we are opening up the country,” Bhramar Mukherjee, a professor of epidemiology at the University of Michigan, wrote in a tweet.

“Where it goes from here depends on the public and the policymakers.”