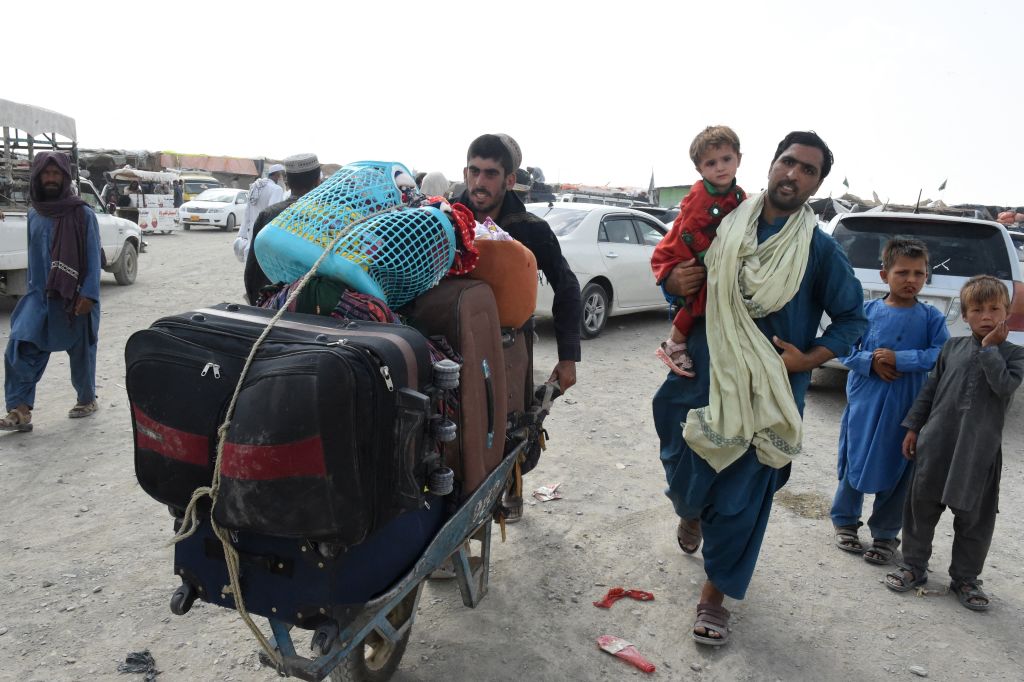 Pakistani people return from Afghanistan after crossing the border point in Pakistan’s town of Chaman on July 17, 2021. (Photo by BANARAS KHAN/AFP via Getty Images)

THE daughter of Afghanistan’s ambassador to Pakistan was briefly kidnapped and “severely tortured” by unknown assailants in Islamabad, the Afghan government said on Saturday (17).

Silsila Alikhil, the daughter of Afghan envoy Najibullah Alikhel, was held for several hours on Friday (16) in Islamabad by some unidentified persons who kidnapped her, Afghan foreign ministry said in a statement.

“The Ministry of Foreign Affairs of the Islamic Republic of Afghanistan states with deep regret that on July 16, 2021, the daughter of the Afghan ambassador to Islamabad Ms Silsila Alikhil, was abducted for several hours and severely tortured by unknown individuals on her way home,” the statement said.

Alikhil is under treatment at a hospital in Islamabad, the statement added.

Reports said the Afghan envoy’s daughter was kidnapped from Blue Area, a commercial district in the heart of Islamabad, at around 1.45 pm Pakistan time. She was freed by her abductors at about 7 pm with her hands and feet tied. Her wrists and ankles were swollen and there were other marks of injuries on her head, the reports said.

A medical examination report, shared on social media and confirmed by the Pakistan Institute of Medical Sciences state hospital where Alikhil was treated, said she was admitted with swelling and rope marks on the wrists and ankles.

Condemning the act, the Afghan ministry called on the Pakistan government to take immediate necessary actions to ensure the security of the Afghan embassy and consulates and “punish the perpetrators of this crime”.

Pakistani prime minister Imran Khan reported to have said that he is treating the case as top priority and the culprits will be caught within 48 hours, the country’s interior minister Sheikh Rashid Ahmed said.

The development came against the backdrop of strained ties between the two countries.

While Afghanistan reportedly claims that Pakistan is sending thousands of jihadi militants across the border to fight and providing a safe haven for the Taliban, Pakistan in turn has been accusing Kabul of harbouring the anti-Pakistani group, Tehreek-e-Taliban Pakistan, and the secessionist Baluchistan Liberation Army.

As violence escalated in Afghanistan with the withdrawal of US and Nato troops, some within the Afghan government reported to have stepped up their verbal assaults on Pakistan.

Meanwhile, thousands of Afghans have fled the country in recent days as Taliban forces have surged through northern Afghanistan following the US’ decision to withdraw all its troops from the war-torn country by September.