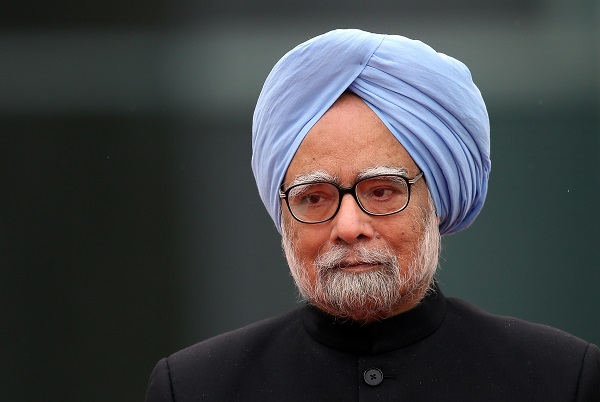 They said Singh and his wife have been accorded the cover with a strength of about 45 armed commandos who will guard them round-the-clock at their residence on 3, Motilal Nehru Road here and during their movement across the country (Photo: Sean Gallup/Getty Images).

A CRPF ‘Z+’ VIP security cover has been accorded to former prime minister Manmohan Singh whose SPG protection was recently withdrawn by the government, officials said on Monday (2).

They said Singh and his wife have been accorded the cover with a strength of about 45 armed commandos who will guard them round-the-clock at their residence on 3, Motilal Nehru Road here and during their movement across the country.

The former prime minister will also get a advance security liaison (ASL) protocol where the security personnel will conduct an advance recce of the venue that is to be visited by the two VVIPs.

The Central Reserve Police Force (CRPF) will soon take over the charge after consultations with the SPG, Delhi Police and central intelligence agencies, they said.

The Special Protection Group (SPG) protection given to Singh was recently withdrawn following a review by multiple security agencies.

The government’s decision was conveyed to Singh who was India’s prime minister from 2004 and 2014.

The decision to withdraw the SPG security, the country’s highest grade of protection, was taken after a three-month review involving the cabinet secretariat and the ministry of home affairs with inputs from various intelligence agencies, officials said.

With the removal of Singh’s SPG cover, the top notch security cover will now be given only to prime minister Narendra Modi and the Gandhi family — Congress president Sonia Gandhi and her children, Rahul and Priyanka.

The SPG was set up in 1985 after the assassination of prime minister Indira Gandhi. Parliament passed the SPG Act in 1988, dedicating the group to protecting the prime minister.