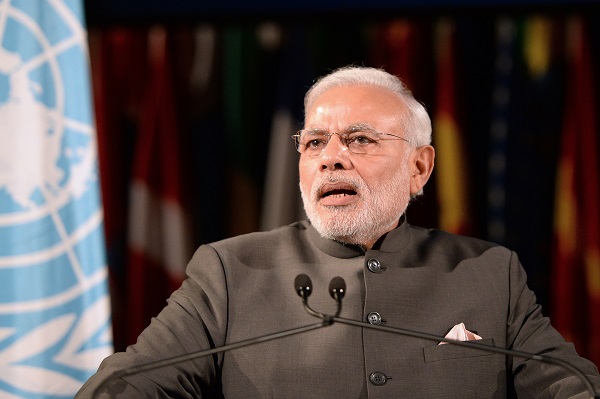 PAKISTAN’S senate chairman Sadiq Sanjrani on Sunday (25) cancelled his official trip to the UAE, a day after Indian prime minister Narendra Modi was honoured with the Gulf nation’s highest civilian award during his visit to the country, according to a media report.

Sanjrani was scheduled to visit the UAE from August 25 to August 28 with a parliamentary delegation on the invitation of the UAE government.

His delegation was to hold meetings with the UAE parliamentarians and government officials, Geo TV reported.

He, however, decided to cancel the trip as Pakistan vehemently supports Kashmiri people, the channel said, citing a statement from the Senate Secretariat.

Prime minister Modi was honoured with the ‘Order of Zayed’, the UAE’s highest civilian award, on Saturday as a mark of appreciation for his efforts to boost bilateral ties between the two nations.

Modi thanked the UAE government for the honour and dedicated the award to the skills and abilities of 1.3 billion Indians.

The UAE in April had announced to confer the country’s highest award on Modi.

Meanwhile, foreign minister Shah Mehmood Qureshi said the UAE would not disappoint Pakistan once it was “presented with the facts” about Kashmir.

Talking to the media in his home town of Multan on Sunday, Qureshi tried to play down the significance of the UAE’s highest honour to Modi, which many in Pakistan interpreted as an endorsement of his Kashmir policy.

“Pakistan also enjoys cordial relations with the UAE and once facts will be presented to them (the UAE leaders), I am hopeful that they won’t disappoint Pakistan,” the foreign minister said in response to a question.

He said that the UAE and India enjoyed close ties as a lot of Indian expatriates working in the Gulf country.

Despite trying to put a bold face before the media, the Pakistani leadership are upset at the timing of the UAE award for Modi, sources said.

Pakistanis have also questioned the role of Muslim countries, especially the Arabs, as only few have spoken in their support on Kashmir, they said.

Tensions between India and Pakistan spiked after India abrogated provisions of Article 370 of the Constitution to withdraw Jammu and Kashmir’s special status and bifurcated it into two Union Territories, evoking strong reactions from Pakistan.