After 5 year-long self-exile in UK, Ishaq Dar takes over as finance minister of cash-strapped Pakistan 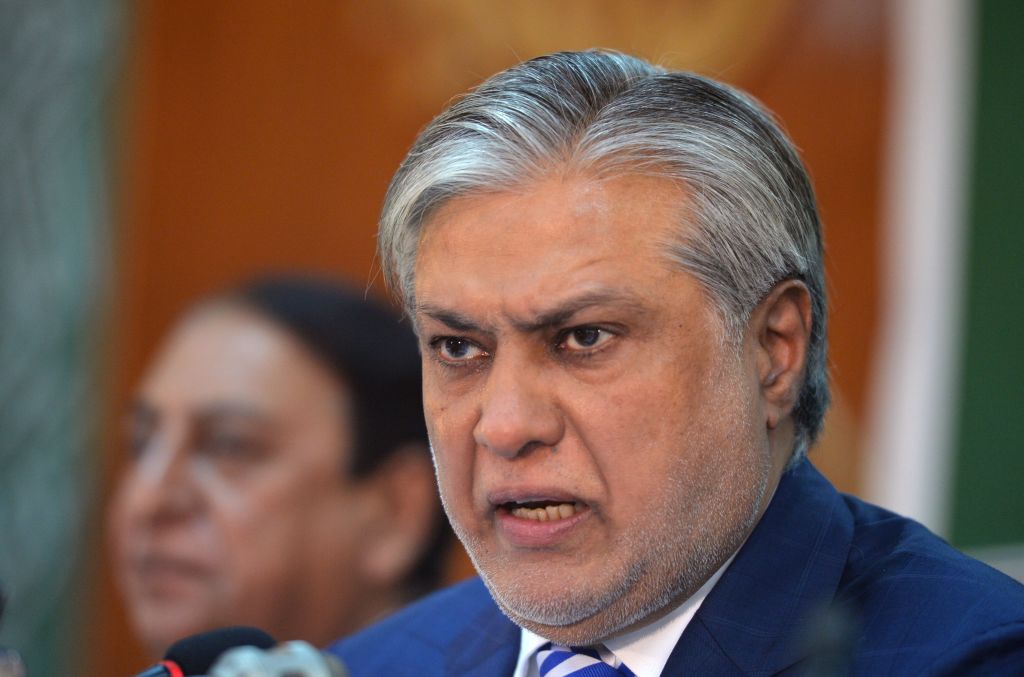 Cash-strapped Pakistan on Wednesday (28) turned to Ishaq Dar, a three-time former finance minister, to steer the country’s economy out of the woods and the impact of the unprecedented floods after he ended five years of self-exile in the UK.

The 72-year-old senior leader of the Pakistan Muslim League-Nawaz (PML-N), who had been in self-exile since 2017 after being accused in a corruption case, was appointed as the finance minister a day after he was sworn in as a senator amid loud protests by former premier Imran Khan’s party members who shouted slogans, calling him a “thief” and an “absconder.”

President Arif Alvi administered the oath to Dar, who had been Pakistan’s finance minister three times, during a ceremony here which was also attended by Prime Minister Shehbaz Sharif.

Dar, a chartered accountant by profession, returned to Pakistan on Monday (26) after five years of self-exile in the UK, saying he had been unable to return because the former administration, led by Imran Khan, had cancelled his passport. Miftah Ismail, who had been handling the cash-strapped country’s economy since April this year — when PML-N led coalition government took charge following the ouster of then-prime minister Khan in a dramatic no-confidence motion — handed over his resignation to PML-N supremo Nawaz Sharif on Sunday (25) to pave way for Dar’s appointment.

Dar was nominated by the PML-N supremo and prime minister Shehbaz as the finance minister during a meeting on Sunday.

Dar was elected to the Senate from Punjab but could not take oath as he was not in the country. The new finance minister’s appointment comes after months of economic uncertainty marked by devaluation in rupee and crippling inflation, which will also be a big challenge for Dar. Recovery after floods that affected more than 33 million people and caused losses of over $40 billion would be another tough challenge for him.

Dar also faces a challenge to convince the International Monetary Fund to soften some of its conditions under which Pakistan received a $6 billion bailout in 2019.

Speaking to the media later on Wednesday, Dar blamed the PTI (Pakistan Tehreek-e-Insaf) government for failing to manage the economy.

“You name it and the trouble, the problem is there,” he said as he pointed out the dollar price, soaring inflation and interest rates.

“We can’t reverse the destruction of the approximately four years of PTI’s tenure in the few months which the Pakistan Democratic Movement (PDM) has remaining,” he was quoted as saying by the Dawn News.

The minister said that the country faced “deep challenges” but the government would try its best to overcome them. The minister also said that Pakistan’s inflationary woes were mainly due to the country’s burgeoning imports. “We believe in a market-based economy but no one will be allowed to play games with Pakistan’s currency,” he said. Dar told the media on Monday after landing at Nur Khan Airbase that he would “take this country out of the economic vortex…”

“We will take Pakistan out of the economic vortex like in 1999 and 2013-14, there is a lot of hope that we will go in a positive economic direction,” he said. Dar served as finance minister when Sharif was prime minister and later faced corruption charges but went out of the country before evading conviction.

Dar’s return to Pakistan has been made possible after an accountability court in Islamabad suspended on Friday the arrest warrant against him in an alleged corruption case in which he was declared a proclaimed offender.

Meanwhile, Dar on Wednesday appeared before an accountability court in Islamabad after keeping away for five years, explaining that he was unable to return to the country and appear before the court due to the seizure of his passport by the then Imran Khan-led government. Dar appeared before the accountability court today and surrendered himself to seek cancellation of his arrest warrant.

Accountability court judge Mohammad Bashir had on September 23 suspended the perpetual arrest warrant against Dar, which was issued on December 11, 2017, after he absconded from an assets-beyond-means case. The warrants were suspended until October 7, giving the Senator a fortnight to surrender to the law.