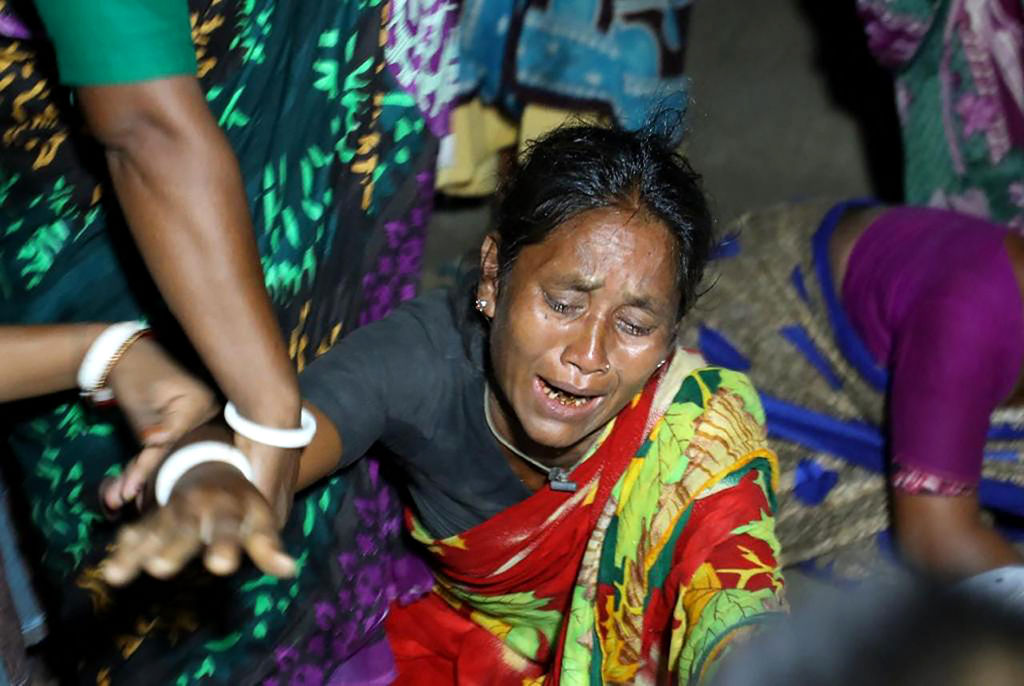 A relative of a victim who died after a boat capsized in river Karotoa in Bangladesh, weeps near Boda town on September 26, 2022. (Photo by FIROZ AL SABAH/AFP via Getty Images)

The death toll from the boat accident in northern Bangladesh has climbed to 64 on Tuesday (27), with at least 20 passengers still missing two days after the disaster struck when the overcrowded vessel carrying Hindu devotees to a centuries-old temple capsized.

The devotees, including women and children, were heading towards the Bodeshwari Temple on the occasion of Mahalaya, the auspicious start of the Durga Puja festival, when the boat capsized in the Korotoa River in the northwestern Panchagarh district on Sunday (25).

Fourteen bodies were recovered from Debiganj and Boda upazilas on Tuesday morning, after local authorities ramped up rescue efforts for the third day, according to the Dhaka Tribune newspaper.

Rescuers resumed search operation on Tuesday after recovering 50 bodies in the two previous days, news portal bdnews 24.com quotes Panchagarh’s additional deputy commissioner Dipankar Roy as saying. Eyewitnesses claimed that there were more than 150 passengers on the boat, with some managing to swim back to the river bank.

“The preliminary investigation shows that the boat was overcrowded,” Roy was quoted as saying by the Dhaka Tribune newspaper. However, he also noted that there may be other reasons behind why the boat sank, but that will be revealed after the committee finishes its investigation, it said.

At least 20 people are still missing, the report said. Families are lining the banks of the river in the area, desperately waiting for the bodies of their loved ones to be retrieved from the water.

The Durga Puja is the biggest Hindu festival in Bangladesh and in eastern India.

Deltaic Bangladesh is crisscrossed by several hundred rivers while hundreds of people die each year in boat and ferry accidents in Bangladesh, largely due to overcrowding.

Earlier in May, 26 people died after an overcrowded speed boat collided with a sand-laden bulk carrier and sank on the Padma River.