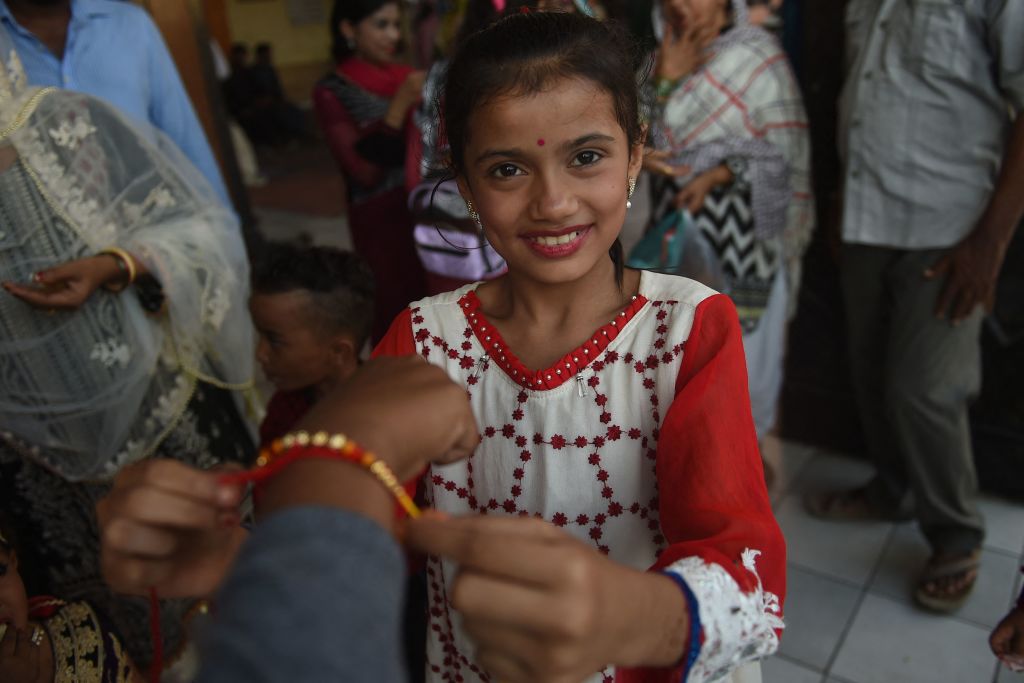 A Pakistani Hindu girl ties ‘rakhi’ onto the wrist of her brother in Karachi in Pakistan on August 22, 2021. (Photo by RIZWAN TABASSUM/AFP via Getty Images)

BRITISH Indians recently staged a silent process across 40 towns and cities of the UK against violence against minorities in Pakistan, especially Hindu girls.

On Saturday (2), crowds assembled in cities like Leicester, Leeds, Slough and Edinburgh and distributed pamphlets about the alleged forced conversion of Hidnu, Sikh and Christian girls in Pakistan, the Times of India reported.

“The situation of Hindus and other minorities in Pakistan is increasingly dire,” the organisers of the protest — Insight UK — a movement of British Hindu and Indian communities, told the Times.

“They face regular kidnappings, forceful conversion, attacks and persecution. Each year, over 1,000 minor Hindu girls are abducted, forced to convert, married to people twice or thrice of their age or pushed into the sex trade. Some seminaries teach that forcibly converting Hindu girls is equivalent to the greatest religious duty. Minorities in Pakistan face the threat of blasphemy laws,” it added.

The organisation is also lobbying with British parliamentarians to raise the concerns with Lord Ahmad of Wimbledon, the UK’s minister of South Asia. It wants the UK leadership to raise the issue with its Pakistan counterpart and request the Indian government to see that citizenship applications of minorities from Pakistan who have taken refuge in India are expedited, the Times report added.