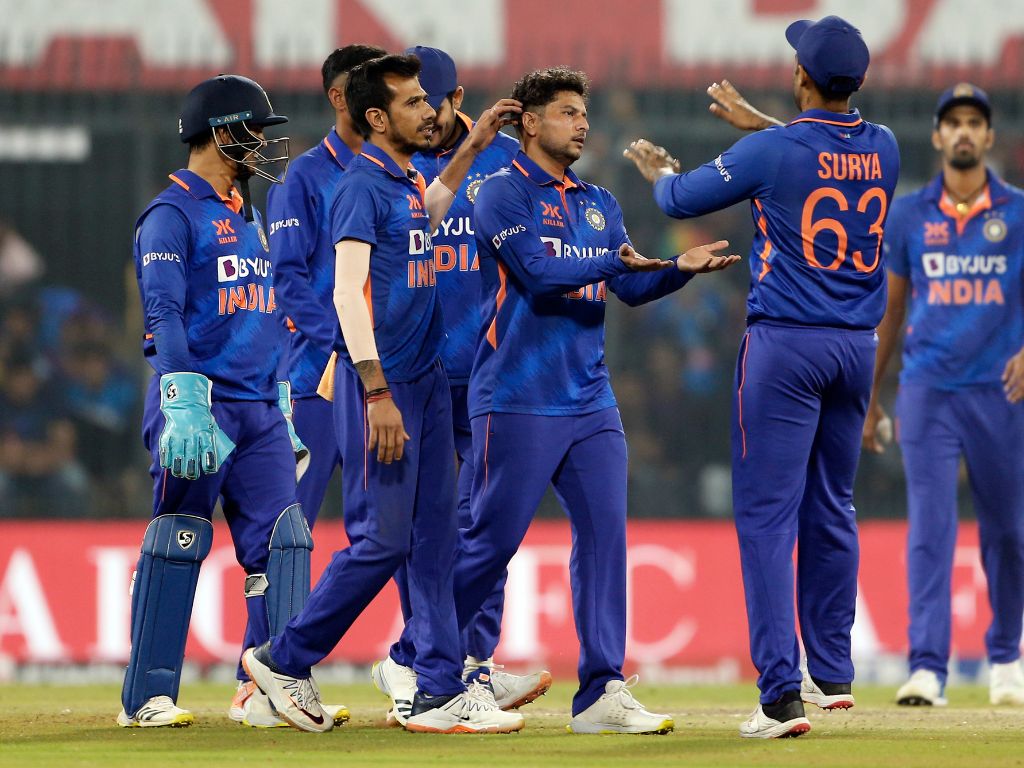 India on Tuesday (24) routed New Zealand by 90 runs in the third and final one-day international (ODI) at Holkar Stadium in Indore to clinch the series 3-0. The victory also catapulted the home team to the No.1 position in the International Cricket Council’s (ICC) rankings in the world in the 50-over format.

Rohit Sharma’s men won the first ODI in Hyderabad by 12 runs and the second in Raipur by eight wickets to bag the three-match series.

India produced a brilliant batting display in the third ODI after New Zealand captain Tom Latham won the toss and invited them to bat. Both Sharma (101) and Shubman Gill (112) hit hundreds to lay the foundation for a big total and even though the hosts lost some quick wickets in the middle of the innings, a fifty from Hardik Pandya and 25 from Shardul Thakur towards the end propelled them to 385 for 9 wickets in 50 overs.

New Zealand had a disastrous start to their chase with opener Finn Allen getting dismissed by Pandya in the second delivery of the innings. Thakur excelled with the ball to claim three scalps, including two in two balls, to peg the Kiwis back. Devon Conway, the other opener, slammed 138 runs to keep his team in the hunt but the task was far too high and the New Zealanders were dismissed for 295 runs in the 42nd over.

India spinners Kuldeep Yadav and Yuzvendra Chahal picked five wickets between themselves. Thakur was adjudged the player of the match while Gill, who hit a double century in the first game, was picked as the player of the series.

India toppled England, who went to the top position just three days ago after New Zealand’s defeat in Raipur, while the Kiwis went to the fourth position, following Australia.

If England can win their upcoming ODI series against South Africa 3-0, they will displace India as the table toppers.

India are also the No1. team in the T20s and the second-ranked side in Tests, following Australia.